Just about everything I see or hear in the "Main Stream Media" about education seems to be a lie to me. All of the political rhetoric around education, seems the same, deliberate falsehoods and words designed to hide real intentions. After Part One  Part Two  Part Three here is part four...

Parents are the customers in education

Society is the customer for schools. That's the social conservatives' argument. The purpose of education is to uncritically reproduce the society we have.

Who is the customer in education? How you answer this question pretty much determines what kinds of schools you will create, and how you will judge and treat students.

Parents will not like this, but if you believe that parents are the customer you embrace the idea the children are parental property, to be pushed forward or held back at the whim of the adults who "own" them. 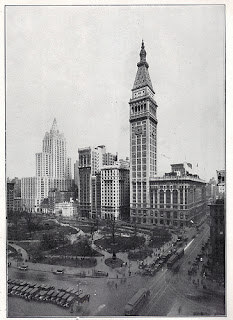 What about business? Bill Gates wants trained employees. That, I suppose, is reasonable. But Gates is part of a long line of American industrialists who view the purpose of education as being to provide the American industry of the moment, prepared, compliant laborers. The problem with this, in a rapidly changing world, is that even if we thought it was our societal goal to enrich Microsoft, if we prepare workers for Microsoft now (a fine place to work from all that I understand, by the way), who will be preparing people to work on what's coming next?

The reason I ask is that we've spent the past 100 years preparing people to work for Andrew Carnegie's steel company, and perhaps in the offices of the New York Life Insurance Company on Madison Square. And now we're all kind of pissed about that, with Barack Obama insisting that if we don't train Microsoft employees, China will beat America to the moon.

The first question to be asked is, why do corporations, which do everything they can do to avoid paying taxes to support schools, get to make the decisions for our children?

The second question to be asked is, do businesses have any idea of what their future needs will be? Punch card operators? Typists? Mainframe computer maintenance? This is not a knock on vocational education, which I think is an excellent option when done well - see, say, Automotive and Aviation High Schools in New York City (let us not dwell on the absurdity of Automotive High being concerned with SAT prep - that is the idiocy of NCLB, the Obama Administration, and Mike Bloomberg).  But it is a challenge as to the effectiveness of our business leaders at judging what is coming next. Not to mention the third question...

If our schools are designed to produce workers, how is this different from a feudal society?

As for society, well, society pays for education. Society has a compelling interest in education, but if we want to avoid becoming Brave New World, society cannot be the "customer" in education either. If it is we guarantee social reproduction, and we limit personal freedom.


'"My good boy!" The Director wheeled sharply round on him. "Can't you see? Can't you see?" He raised a hand; his expression was solemn. "Bokanovsky's Process is one of the major instruments of social stability!"
"Major instruments of social stability.
"Standard men and women; in uniform batches. The whole of a small factory staffed with the products of a single bokanovskified egg.
'"Ninety-six identical twins working ninety-six identical machines!" The voice was almost tremulous with enthusiasm. "You really know where you are. For the first time in history." He quoted the planetary motto. "Community, Identity, Stability." Grand words. "If we could bokanovskify indefinitely the whole problem would be solved."
"Solved by standard Gammas, unvarying Deltas, uniform Epsilons. Millions of identical twins. The principle of mass production at last applied to biology.
'"But, alas," the Director shook his head, "we can't bokanovskify indefinitely.'- Aldous Huxley

This is why I believe in neighborhood public schools, accessible to all, with student-centered choice.

In order to take the intellectual risks necessary for real learning, humans need to be comfortable. Yes, you can teach a few rote skills through fear and intimidation, but you will never create understanding and new possibilities that way.

So poverty is the enemy of learning in every way. Poverty is fear. Poverty is discomfort. Poverty is pain. And all those emotions take over the brain, and prevent higher level thinking.

So education cannot solve poverty. Solving poverty, however, can do much to fix education. 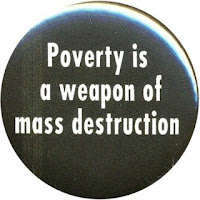 That is not to say that schools cannot help. Schools - at their best - provide safe places for kids at risk, they provide food for kids who are hungry - they work really hard to give kids the things they need. And all that makes a big difference...

But it cannot equalize opportunity.

So we, in education do everything that we can, but until our societies, particularly American society, decides that children matter, we'll be fighting an uphill battle.

And deciding that children matter means having Universal Health Insurance focused on preventative care. It means having a true living wage, not a minimum wage, so that forty hours of work makes a family economically safe. It means having mandatory paid vacation time so parents have time with children, and mandatory paid parental leave for when schools need parent involvement or kids are sick. It means having reasonable housing support, unemployment insurance, and welfare programs so that children due not become unsafe when bankers screw up. And it means funding community safety programs and law enforcement so that children do not die because a foolish schools superintendent forces them to walk between gang neighborhoods.

We might add in strong, massive, support for public libraries, community centers, and other neighborhood resources. Because it is absolutely true that the moment and place of America's greatest social mobility - New York City from 1900 to 1960 - combined a vast public health system with a vast public housing system, strong minimum wage laws, free university tuitions (1847-1976), great libraries in every neighborhood, and a highly affordable 24-hour transit system which made expenses such as car ownership unnecessary.

It is these systems which, in European nations, have shifted societies toward equity, and made their educational systems much more effective at equalizing opportunity.

And until America stops being anti-child and anti-family, our problems in education remain tough to solve.

You can change educational results without fundamentally changing the system

This is the biggest lie of all. Without undoing the structure which is designed to fail most students, we won't get the change in results we want.

Age-based grades ensure that students who are "different" in any way fall behind and cannot catch up. Age-based grades also create disability - if you are not "on grade level" you are, first "behind," and then, "retarded."

The competitive educational environment created by the giving of grades divides students into winners and losers, preserving failure as our number one result.

All the nonsense bandied about by the Obama-Duncan-Gates-Rhee-Kopp crowd - changing managers, changing teachers, changing standards, changing examinations - leave the system exactly as it is. A system which we all know doesn't work because it attempts to manufacture human beings.

Perhaps you don't agree with me that this group of reformers wants education to fail, but you have to admit that they are doing nothing to stop it from failing.

Ira, I continue to appreciate your thoughtfulness and clarity. If your goal is to make your allies more informed and confident in our beliefs, you are succeeding. Keep bringin' it!