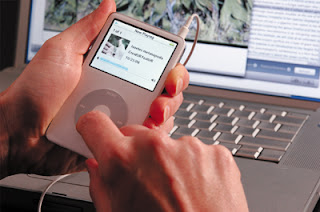 Alan November calls it the "Reality Free Zone" in the June 2007 Technology and Learning, and with just a month to go before school begins, you've got a fight on your hands.

"School" of course, is always a conservative institution. It is, first and foremost, a method of social reproduction. Politicians, administrators, university education faculties, and teachers themselves, all believe that they are in the business of teaching young people to be "just like themselves" - after all, they've succeeded, right?

That's a dangerous business in most times. History (if taught properly) teaches us that societies which stagnate, fall. It is incredibly dangerous right now, with global change spinning at a faster and faster rate, and all the populations of the world grasping for their piece of the future.

The world of yesterday relied on a certain set of what November calls information "containers." It used printed books and handwritten notebooks. It used index cards and card catalogues. It used radio and film and television. It used landline phones and magnetic tape. It even began using computer hard drives. Schools, of course, were not even happy with all of those, privileging print and handwritten notes above all others as "they" pretended that all knowledge within books was accurate and good, and all knowledge gained by other means was suspect. In schools, everything that came from outside the historical lines formed by the invention of the pen and Gutenberg's breakthrough in 1450 was deemed illegitimate. Students were no more allowed to audio record a lesson than they were permitted to count on their fingers.

Today the containers have changed. The dominant information holders in the world are the laptop or handheld computer, the mobile phone, the iPod (digital music or music/video player), and the text message by phone or computer. But schools, well, they haven't even grudgingly given in to the 1970s. And they continue to abuse children by separating them from reality and by preparing them for the best jobs of 1967. 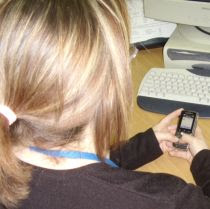 Welcome technology: Every technology banned - or not actively used - is a technology unlearned. It was important, in 1850, to teach handwriting - handwriting was the prime communication method, along with Morse Code. It was important to teach the typewriter in 1950, that was a principle business and academic communication tool. But there have always been other "containers" that schools avoided, which have produced massive cultural failures. In 1850 it was vital to teach students how to listen to political rumour and political argument, how to pick facts from fiction. But this was not taught. In 1960 it was vital to teach students how to view film and television, how to pull real information and determine veracity. But this was not taught. One could argue that the legendary response to Orson Welles' 1938 War of the Worlds represents an absolute failure of American schooling, as was Fox Broadcasting's concerns in 2003 that viewer's of The Simpsons would mistake a fake cartoon news crawl for the real thing.

So bring 'em in... the iPods, the mobile phones, the laptop computers, the handheld computers. Bring 'em in, pass 'em out. Flood the classrooms with them. Right now the typical school classroom has less technology in it than almost any other public space. Less than any office. Less than the local Wal-Mart. Less than the neighborhood restaurant. Nothing will change unless that changes.

Embrace technology: The hardest thing about education is this -politicians who were educated 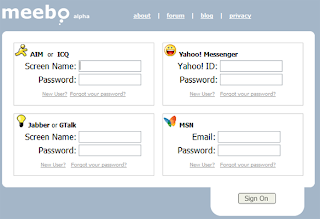 After all, as you face a room full of sixth graders, can you even imagine the technology that they will need when they enter college ? No you can't, but here are two more guarantees: They will need to know it. And history will judge you by how prepared those students are for that future world.

The Google Toolbox for Your Student 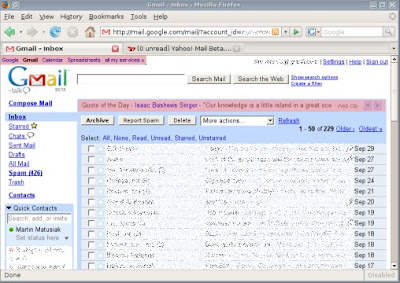 If you have a student with organizational troubles – and isn't that all students? Then, there is no better tool than the fully-implemented Google Account. This is the ideal study-and-life-support solution for almost all secondary and postsecondary students.

Combined with the Firefox Browser (for PC or Mac) and free add-ons to that system, the Google supports can provide an absolutely free system that will give your student the tools that help put academic success far more within reach.

Start with Gmail. http://gmail.google.com/ All of your family should be on this top-shelf e-mail system. It includes built-in chatting, and can have GoogleTalk installed as well. It will also show you the status of your "friends" (are they on-line? Are they available to chat?). But that is just the start: Gmail oraganizes all your conversations into "streams" that allow you to track everything said. Gmeil has the finest search engine of any email system, so you will not "misplace" vital emails. Gmail also comes with 3 gb of storage that almost eliminates the need for USB "jump" drives. Have anything you want to carry with you? Attach it to a "draft" email, 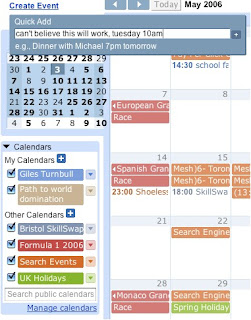 and it will be available to you on any computer. (Note: If you are not scanning in all your travel documents, from passports to tickets to medication lists, and storing them this way, do not complain if you lose things on a trip.) (Note2: you can install the "Gmail Drive Extension" http://www.viksoe.dk/code/gmail.htm which will allow you to simply drag files on your computer into your Gmail Drive the way you currently move things around in Windows.)

Now, add the Calendar. http://www.google.com/calendar Google Calendar is brilliant, simple to use, and allows various levels of sharing. Thus, you can add dates and events into your student's calendar, and so, with the right permissions, could his or her teacher, etc. (there are also private settings, not all events must be shared). Everything that other calendars have is here, the ability to make things repeat in any pattern, the ability to invite others, the ability to add notes/descriptions, the ability to map locations.

Here's another crucial Google Calendar capability: Despite all the talk after the incidents at Virginia Tech about how difficult universities find it to merge email and texting, you can have Google Calendar text your student's mobile phone at a chosen time before any specified appointment. I've even used this as a travel, and as a back-up alarm clock.

Google Docs and Google Notebook are next. Google Docs http://docs.google.com/ provides free word processing and spreadsheets with free on-line storage, and the possibility of multi-simultaneous-user collaboration. That is, many people can be editing the same document at the same time, and you can decide who gets to collaborate and who might also get to see – but not edit. (Special Note: for those who run across re-calcitrant WordPerfect users, Google Docs is the perfect WordPerfect to MS Word translation tool.) 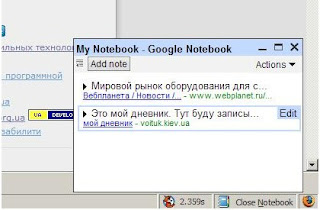 Google Notebook, http://www.google.com/notebook/ when the widget is installed in a computer's Firefox or Internet Explorer browser, allows you to grab any text as you research something and store it in a specified on-line "notebook." In Firefox on PC this is a simple "right-click function." It revolutionizes research.

The best use of all of this is with Firefox http://www.mozilla.com/en-US/firefox/ the best browser available. Firefox, with its security, its tabbed-browsing, its ease of use is fine right "from the download" but you can make it much better. Begin by adding ForecastFox https://addons.mozilla.org/en-US/firefox/addon/398 for on-screen weather. Then Map + https://addons.mozilla.org/en-US/firefox/addon/2394 (currently US only, sorry) so that right-clicking any highlighted address in any website will give you a map for that address. gTranslate https://addons.mozilla.org/en-US/firefox/addon/918 offers right click translation of words and sentences for English and 8 other languages and German-French. For any student with literacy issues add Charles L. Chen's brilliant CLiCk, Speak http://clickspeak.clcworld.net/downloads.html which reads any website to the user. You will also want Merriam-Webster's one-click Dictionary button http://www.m-w.com/downloads/firefox/firefox-button.htm. 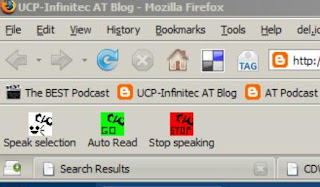 Now, linked to your students desktop or laptop computer, and/or PocketPC, and Mobile Phone, you have a full-featured support structure, that helps your student keep track of classes, of assignments, of appointments, of life. That helps them study. Helps them read. Helps them write. And every bit of it is absolutely free.