The conversations about technology at Inside Higher Ed have made me think about a growing divide in education, between traditionalists and those who seek to use technology to break through many barriers - barriers of distance, of resources, of abilities, of capabilities. And maybe, you need real limitation experience to understand why this is so important. And this opens up the topic of the extreme need for people with a ride range of "disabilities" to be involved in teacher training institutions - including, perhaps, the need for this spe 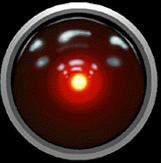 "When you think disability, think zeitgeist. I'm serious. We live at a time when the disabled are on the leading edge of a broader societal trend toward the use of assistive technology. With the advent of miniature wireless tech, electronic gadgets have stepped up their invasion of the body, and our concept of what it means and even looks like to be human is wide open to debate. Humanity's specs are back on the drawing board, thanks to some unlikely designers, and the disabled have a serious advantage in this conversation. They've been using technology in collaborative, intimate ways for years - to move, to communicate, to interact with the world." says John Hockenberry in The Next Brainiacs in Wired Magazine.

"When you think disability, free yourself from the sob-story crap, all the oversize shrieking about people praying for miracles and walking again, or triumphing against the odds. Instead, think puppets. At a basic level, physical disability is really just a form of puppetry. If you've ever marveled at how someone can bring a smudged sock puppet to life or talked back to Elmo and Grover, then intellectually you're nearly there. Puppetry is the original brain-machine interface. It entertains because it shows you how this interface can be ported to different platforms."

Hockenberry focuses on physical issues in this article but what he is saying impacts all who function in ways different from the "mainstream norm." He continues, "Williams says it's impossible to evaluate any technology on function alone. For instance, he says the value of his ability to communicate is directly related to his mobility. "Someone recently asked me, 'If you were given a choice of having a voice or a power wheelchair, which would you choose?' This is a no-brainer for me. I would choose the power wheelchair. What would I do with only a voice - sit at home and talk to the TV? Another thing I wouldn't give up is my computer. With a computer and a modem I can get my thoughts, such as they are, out to the world."

"Frank DeRuyter says designers need to think in the broadest possible terms when they approach human-interface technology. "We're just beginning to realize the importance of integrating movement technology with communications tech. We see that a GPS device can powerfully increase the functionality of a communications board. When people roll their wheelchairs into a grocery store, the GPS will automatically change the board's stored phrases and icons into ones relevant to shopping. Shifting context as you move - that's what the brain does. Now we can do it, too."

'"It's certainly true that the general population has glommed onto some principles of assistive tech. Just roll down the street and observe the folks with wires dangling from their ears."'

The problem is that they have attached themselves only to personally-used technology, the false belief in meritocracy seems to prevent them from offering assistance to others. People assume that those who fight through things are always superior to those who use aids, no matter the frustration, the limitations, or the final result. Of course they make those assumptions while speaking into their Bluetooth cell-phone headset and writing emails with spellcheck in place on their computers.

Because empathy is so hard, because personal relationships are so important, I do not think we can make the breakthrough we need to until there is a critical mass of "people with disabilities" – all issues included, in all those universities and agencies that help generate educational policy and train teachers.

When Dr. D. Kim Reid brought up Disability Affirmative Action at the Disability Studies in Education Conference this May, I wasn't sure what to think. But recent conversations had led me to believe that we absolutely need to do this. 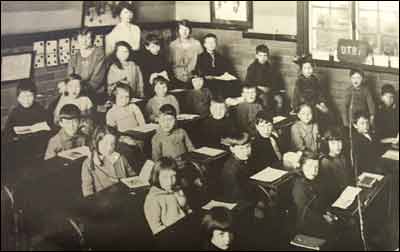 "Technology is neither dangerous nor irrelevant. It is merely a tool and like all tools has limitations." writes "Pat" in response to my article [Stop Chasing Cheaters] on Inside Higher Ed. But saying that "technology is merely a tool" is to discount the obvious. Every technological change alters how humans perceive the world, and how they function within it. Education must keep up with those changes.

The technology of information and communication obviously creates these changes - the introduction of cave painting, of writing, of books, of photography, of recorded sound, of motion pictures - all fundamentally changed the context for human learning. The first time American students watched film of the Spanish-American War or British students film of the Boer War, the way students learned and understood current events changed forever. The fact that we can actually listen to Theodore Roosevelt speak but not Abraham Lincoln creates dramatic differences in how we might understand these men's political appeal and abilities. The introduction of mailed correspondence, of the telegraph, the telephone, the radio, the television, all altered human communication patterns in vital ways, and thus learning. Technology is not just a tool. Speaking with someone via telephone is different than writing a letter or sending a telegram. Fundamentally different, engaging different centers of the brain. Just as reading a book is different than listening to a troubadour. It is definitely not "all the same."

The thing that has changed least since the 1870s is the structure of our educational system. Nothing else - not our homes, our kitchens, our conveyances, or science, our businesses, our family life, our leisure time, looks remotely similar to that ancient time, but our classrooms remain the same - students lined up before a teacher - books, paper, and pencils. Could it be time to change? 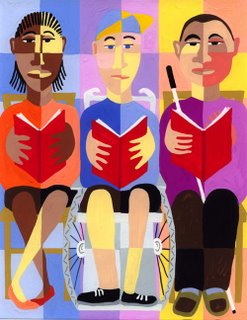 It was good to feel "at home" for a few days. It was good to sit in conversations with scholars and educators who understand that studies of educational policy that produce numerical averages of improved "results" on a measure or two do not tell us anything about what educational practices do for individual children. It was good to hear people who understand that the divide between "special education" and "regular education" is typically a false and destructive one. It was good to listen to leaders like Kim Reid and Susan Peters and Deb Gallagher (among many others) who have been fighting for all students to be treated fairly and decently for years.

I spent last weekend at the 2006 Disability Studies in Education Conference held, conveniently for me, at Michigan State University. Disability Studies is not what Americans call "Special Education," it is much more than that. Disability Studies looks in depth at the way "disability" is "constructed" and defined by society (no one really knew they were "reading disabled" until everyone was told they needed to learn to read), and the role education plays in the re-inforcement and amelioration of that.

So at the conference everything from Universal Design for Learning Technology (me, yes) to the role of humor, to classroom discourse, to international comparisons, to how teacher education programs might be altered, to "No Child Left Behind," to the need for post-graduate affirmative action for students with learning disabilities, was discussed. It was powerful stuff, unfortunately far out of the mainstream at too many colleges and schools of education, who continue to view "people with disabilities" as a medical problem that needs to be cured.

There was one lowpoint though. After seeing a brilliant film on the brutality of George W. Bush's

educational policies, No Child Left Behind, by young teacher and film-maker Lerone Wilson, I asked the assembled group: "If we all know that this law is terrible, that it starts from the absurd assumption that all children develop at the exact same rate and punishes those who fail to be perfectly "normal," what is the responsibility of colleges of education to stand up and fight? Don't we have to actively protect the children?"

No one said anything in response, except to say that "people are afraid" in this political climate.

But on the way out nine people came up to me, slapped me on the shoulder and said, "good question. Did you notice no one answered you?"