Ask your principal... (part one)

Back to school time, and soon, whether you are parent or teacher, you'll be in meetings with those who administrate. So here are a few questions to ask...

How does this school teach contemporary communications technology? Do our students learn to write a business email? Do they learn how to apply for a job online? Are they taught how to send a "business style" text message to a hypothetical employer? What about appropriate voice mail messages (both outgoing and incoming)? Can they send an email from their mobile phone that an employer can understand? Do the students learn the etiquette of selecting appropriate email addresses for themselves? If not, how will they become employable?

How does this school teach contemporary research? What is the curriculum as it relates to effective use of Google, Google Scholar, Wikipedia, Library Resources? How are search terms taught? How do we show students how to analyze the quality of information received via searches? How do we show students how to document their searches? If not, how will our students succeed in either college or high-level professions? 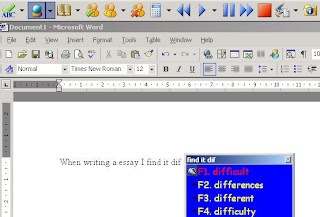 How does this school prepare students to learn new technologies? Our sixth graders will graduate into a technological world we cannot quite yet imagine: what is being done to prepare them to comfortably play with and learn all the new, and essential to employment, technologies that will appear across their lifespans? Are computers set up to re-image themselves, so students can "play" without causing any real damage? Are teachers allowed to download and install software to investigate? Is there "a low cost" to failure when students try new things and new methods? If not, aren't we preparing our students for the best jobs of five years ago?

How does this school embrace Universal Design Technology? Are students with "disabilities" and "differences" being actively encouraged to test and discover technology solutions for those things they have difficulties with? Do we teach the proper set up of spell-checking, grammar-checking, and Auto-Correct in Microsoft Word? Do we demonstrate spell check in Firefox? in Email programs? Do we have alternative keyboards and mice? Do we have (at very least) the free literacy support software - CLiCk, Speak - NaturalReader - Microsoft Reader - installed on every school computer? Is Speech Recognition routinely available? Screen magnification? If a struggling reader tests badly do we try the test with text-to-speech software? Do we always favor tech solutions that promote independence over "we'll read to you - write for you" solutions that promote dependence? If not, how will these students become independent? 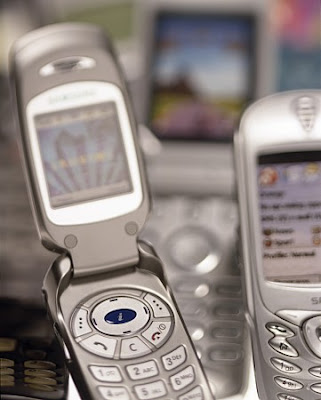 on Mobiles in the Classroom (see below), I wanted to honor a brilliant response at the end of the debate on the Times' Blog... It shows that educators, politicians, and all those who plan policy really do need to listen to students...

"While I do sympathize with Ira’s and Stephen’s comments, I must digress somewhat merely because their (well mostly Stephen's) educational experience’s in NYC’s public schools seem to delineate outside the mainstream.

"The high school I graduated from a few years ago outside Coney Island in Brooklyn had a graduation rate of less than 60%. Its other percentile averages in regards to crime, suspensions, etc were well within several percentage points of the city wide norm. Furthermore, half-way through the school year one of the boroughs worst performing schools was shut down due to the “applaudable” No Child Left Behind Act resulting in an influx of the some of the less than impeccable youths the city has to offer.

"With those heartening pre requisites, I wish to address those of you who fall into the anti-cell phone/BJ Piel camp:

"Cell phones are just another scapegoat in a history of attributing the failures of public education to anything other than the GROSS failure of the Department of Education.

"My high school experienced a succession of such trivial pursuits beginning (#1) in my freshman year with the initial random inspection of lockers to the outright removal of them. (In fact they didnt remove most of them, they actually hired handymen to come into the school and bolt them shut) As we all know, drug trafficking in high schools came to a complete stop in the 2001-2002 school term…oh…wait a second…

"(#2) Two years later my high school began closing its gates (this was not a vertical campus in most respects) and locking students in for the majority of the day in attempt to, again, restrict drug trafficking, ensure peer safety, etc, etc….and, again, the 2003-2004 school year was the first in which students were safer than ever before…well not quite…

"The fact is students are people just like everyone else on this blog. They are effective problems solvers and thinkers. And although drug trade and gang association may not be as academic as going to class and studying, I assure they are just as savvy, requiring every bit of intellect ingrained in our human genomes. Those students inclined to engage in such unwholesome activities will do so with or without cell phones. Cell phones are a simple tool of a mechanism, that I imagine, existed long before I enrolled in the public education system.

"Even if this cell phone ban were to come into fruition it will hardly have an effect on those students you are out punish, BJ Piel. The human brain is far more complex than removing lockers, locked gates, and cell phone bans.

"What is truly laughable is that several comments have been made by people suggesting that they lived through high school without cell phones some 10, 15, 30 years ago. While I hardly believe that were possible (note the sarcasm), I am sure that even then the crime rates in our public schools were in fact MUCH HIGHER. My understanding is that overall crime in this country has actually DROPPED in the past 20 years.

"20 years ago, drugs were still being sold, the nerds were still being clobbered, and boys were still showing off their latest pornographic catch. Cell phones have merely replaced the old mediums!! ha-ha I am now just reminded that locker I received on orientation( and was subsequently taken from me, as well as the entire student body within a year) did in fact have pages from a Playboy ripped out and pasted to the back wall before I first opened it!!

"You are all fools caught in the punishment game. Prevention is the key, and prevention cannot be viewed on such a narrow scope as banning cell phone use. If you want students to behave in class, then encourage your local state assemblyman to draft and support legislation that increases spending on public education directed at enriching student interest and garnering the best and brightest teachers being pumped from this nations universities.

"As I had stated in my former post (#8), NYC is in dire need of better educators. It’s a capitalist game, and in this market the suburbs are ahead. No potential teacher wants to earn less AND work in a failing school system…only those rejected from Long Island (and of course the brave few who forgo salaries for rewarding consciences, I do truly commend!) trickle down into my former school system.

"Stop alienating this city’s youth or we’ll learn to bite back, and know this, we are younger, greater in number, and ever increasingly more desperate to be men and women. Don’t let our adulthood be defined by criminal behavior; our potential can serve such greater purposes." 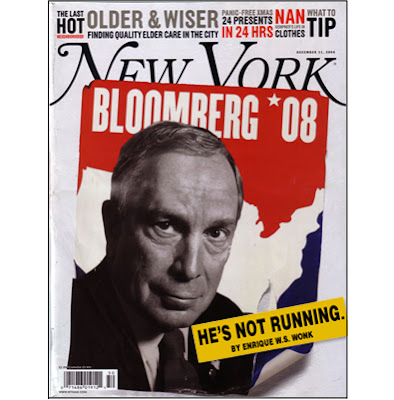 Of course this requires a "social structure" which allows for parenting time, so it cannot be considered in a nation like the United States, but many, many years ago, my mother, a third grade teacher, said that if she could do anything it would be to stop forcing reading and maths down the throats of unprepared children in first and second grades... "the damage done," she said, "is almost impossible to repair."

Pupils 'should begin school at age six or seven'


Teachers today called for children to start school at six or seven years of age rather than four, as is currently the case.

The motion was presented to delegates at the Professional Association of Teachers (PAT) conference on Annual Playday, which celebrates children's right to play.

PAT former chair Deborah Lawson said children should be prepared for life and lifelong learning instead of the present focus on academic achievement and preparing them for school.

"If we move to a broader early years curriculum where the emphasis is not on the academic achievement by the age of five, but on a broader preparation of life and lifelong learning, we would not need to raise the school leaving age, which could be seen as remedial action for not getting things right at the foundation level," she said.

Countries that place more emphasis on children learning through play - such as in Scandinavia and central Europe - suit the way children learn much better, Ms Lawson said.

They have a broader curriculum and do more to prepare children for life and lifelong learning.

"Recent research suggests that children today do not have enough opportunity for free undirected play due to the increasingly hurried and pressured lifestyle that many families lead," she told delegates.

These children may be at a disadvantage when faced with real danger, as they may not have the skills to deal with difficult situations, she explained.