Reading is NOT the goal

All across America schools are desperately concerned with teaching what are often disturbingly referred to as "the 3 Rs" - Reading, Writing, and [A]rithmetic.

All across America teachers, administrators, parents, politicians from Obama to the Lunatic Right, are worried about whether children are learning to read - and to write - and to add and subtract.

And, all across America, this is wrong.

In schools, we treat all of these skills as a "goal," and none of these should ever be a goal. Because when we treat these things as a "goal" we convince kids - and we convince them of this quickly - that all of these abilities are nothing but school chores, with no connection to their lives. And, in the incredibly short space of a couple of years, we take five-year-olds who are dying to come to school and turn them into eight-year-olds who'd rather be anyplace else. Eight-year-olds who hate "reading," who hate "writing," who really hate "math."

And that is a damn shame.

And if kids want to access information, to distribute information, and to work with all the worlds which involve numbers (et al), they will have a reason to find a way - with our help - to make that work. But if we begin with the "chore first," we will have the schools we have right now.

Which is all easy now. We have the technology, from Click-Speak to WYNN, from WordTalk to Windows7 Speech Recognition, from audiobooks to mp3 conversion, to switch to access systems that work. We can use calculators (free ones) and Word's Equation Editor.  We can get kids in, connect them right now.

See, there's a reason US standardized test results collapse after fourth grade. Fourth grade tests simply ask kids to regurgitate the processes we've been banging into them for their first four years of school. They do that well enough. But the processes really don't connect to most on a functional level, so that when they take later content-driven evaluation tests, they fail, because they are not accessing the content. They only know how to "read" to "read." I see this all the time, quick, "fluent" readers who have no idea what they've just read, or why. Kids who form letters perfectly but who can't express themselves. Kids with memorized math facts but no ability to leap into algebra or beyond.

And that's stupid. I, for example, have read James Joyce's Ulysses five times. Yes, five times. I can argue with the best of "'em" on this literary classic. But I have never even held an ink on paper version. I have read the book on cassette (or something like 64 cassettes) twice, on CD, and twice with WYNN the digital literacy system. Likewise I have read hundreds of books from The Great Gatsby to Frankenstein to really boring textbooks without ever "decoding" a single alphabetic word. 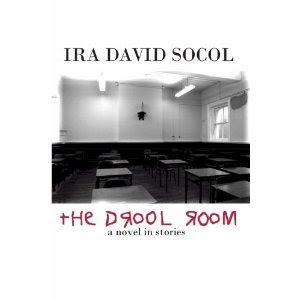 I have written two books with substantial parts of both dictated via speech recognition. I have done really well in structural engineering classes without being able to subtract on paper well enough to keep track of a checkbook. I blog and tweet to the world without beingable to write about half of the alphabet legibly, unless I am copying already printed text.

So please, when your kids have trouble with the "skills" of school, offer them the way around, the path to the "why." Give them a digital reading system and let them access what's of interest to them. Turn on the speech recognition in windows and let them communicate with the world. Give them a simple way to create math symbols and perform calculations, and allow them to see what math can mean.

These "skills" are not "ends." They are "means." And we should be opening the world to our students by any means possible.

Ira, I agree with your overall philosophy of education, but feel it is very difficult to implement at the classroom level. In my math class students have to take the state MEAP test. I also have to give them quarterly district assessments and each unit has a district test.

I can not give students the option to use calculators on the part of the MEAP where they are not allowed. I have a couple of students who struggle with almost every concept in class such as equivalent fractions, common denominators, area, etc. because they do not know their basic math facts. Multiplication facts in particular are the key to understanding so many middle and high school math concepts.

With a scripted curriculum and mandatory tests, how can I possible change my classroom to accommodate these children? These changes seem like they have to come from the national, state, or district level.

I really enjoyed reading your post. Here in Australia we are currently embroiled in some absurd back-to-basics approach to education which the government is trying to sell as an education revolution. Our primary students sit mandatory skills tests, and now the school results are published on a MySchool website for all to see.

This is supposedly to give parents an idea of what is happening at school, but in reality it sends them into a frenzy of worrying about which school is beating which school and why.

In all of this the one thing they are loosing sight of is the kids. Teaching to test is sucking the joy and flexibility out of learning, all in the name of helping kids to read and write. No one seems to listen to the professionals who know how kids learn and develop.

Change can happen - my kids go to a small progressive school which has fought hard to be exempt from mandatory testing (one of only two schools in the state) and we develop individual programs of learning for each child which allow them to follow their interests and learn at their own pace.

My son, never pushed to learn 10 sight words a week from the age of 5, started to read just before he turned 7 and he hasn't stopped. He reads for pleasure, asks for books for his birthday, loves the library and is reading way above his age level. I'm pretty sure this wouldn't have happened if he had to do it before he was ready to.

Once again, you've put it extremely well, Ira. It's the ability to communicate effectively, and to use mathematical concepts constructively, that matter most. The tools we use also matter, but the same tools simply don't work for everyone. By one common definition of insanity, it's completely insane to keep insisting that all children use the same tools. We see convincing evidence that this doesn't work countless times every day.

It's tragic that we turn so many eager young learners into frustrated performers who are often incapable of meeting unreasonable performance expectations that serve no real purpose beyond the immediate imperative of "doing school"!

I enjoyed this post and its given me something to think about as I plan for next year.