"Here’s what I think: learning styles may exist (although the studies that show that they do are generally specious), but they’re largely useless in determining how to teach specific material well. You teach according to the material, not according to theoretical learning styles." - "Michael" commenting at Paragraph City.

"Michael" is a university professor who is very angry with me, who feels "sorry for me," because, well, I'm struggling with his reasons. He says that I "create totalizing narratives in which you are the hero and everyone who disagrees with you, even slightly, is the villain," and he thinks that I fail to show the proper deference to distinguished scholars and faculty. Perhaps he also thinks that I am asking him to change his way of doing things - a way that he likely feels is 'effective teaching.' Perhaps he also thinks that I am accusing him of not really upholding a democratic vision of education.

As I said, it is hard to tell. He is an anonymous commenter. But who he is does not matter, what he is saying - a not unfamiliar sentiment among those who call themselves 'teachers' - does matter. It matters a great deal.

“…effective education is always jeopardy either in the culture at large or with constituencies more dedicated to maintaining a status quo than to fostering flexibility.” – Jerome Bruner in The Culture of Education.

Last night I listened to a podcast of an interview with Harvard's Chris Dede, who studies technology and cognition and who has extensively investigated the differences in cognition between the neo-millennials (people brought up learning with online and other digital tools) and their teachers, and I thought of "Michael"'s assertion about teaching: "You teach according to the material, not according to theoretical learning styles."

Sounds ridiculous? Yes, but... In schools all across the United States standardized curricula make "Michael"'s very assumption. Michael Bloomberg, the "Education Mayor" of New York City firmly believes in this philosophy. So do many, many reading researchers I have read, all of whom wish to sell a single system that will be applied to all children. 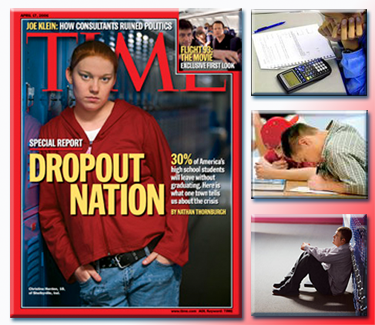 Students, and their learning styles, learning differences, cultural differences must be bent to the norms of the teacher and the school. Schools and teachers need not bend to the differences of their students. Bending that way is 'indulgent" to "lazy, whining" students overflowing with a sense of "entitlement." (all terms from comments on Inside Higher Ed, see post below)

So how is that working for us? What's the end-result of assuming that all of our students learn the same way? that the delivery should be determined by the content, not the learner?

Well, in the US barely more than a third of its students can ever achieve "proficiency" in anything. The US high school drop out rate may actually be close to 50%. US college completion rates are brutally low. And perhaps all those failures explain why this "great democracy" now "has less than 5 percent of the world’s population but almost a quarter of its prisoners." (The New York Times, 23 April 2008). Maybe, just maybe, teachers like "Michael" are leaving a few too many students behind.

Last fall I wrote a paper on cognition and technology after noticing that so many of the texts on the topic seemed to avoid the question of culture. Here's part of what I said:

"In the field of education, and particularly education, cognition is treated as a science which transcends the impact of culture on the human brain. ... In this view this science seems to adhere closely to the generalized attitude in education that cultural dynamics are less important than other influences on learning – that a classroom can be essentially the same type of architectural construct no matter what continent – that educators may be trained in the United States for service in Kenya, Trinidad, or Malaysia – that a student in a French-speaking neighborhood in Brooklyn, New York should be following the same general curricular schedule as a student in the monoculture of Zeeland, Michigan, or a student in the wealthy walled communities of Boca Raton, Florida.

"In the fields of anthropology and psychology there is a differing stream of thought. "People in different cultures have strikingly different construals of the self, of others, and of the interdependence of these," Hazel Rose Markus and Shinobu Kitayama wrote in 1991. "These construals can influence, and in many cases determine, the very nature of individual experience, including cognition, emotion, and motivation."1

"What might this all mean for cognition in education? How do we look at the ways these different "construals" control what occurs in the classroom? At how they impact what occurs in every formalized learning environment? Or, indeed, how they effect what different parts of increasingly diverse cultures "know"? This is vital not simply because of racial, ethnic, religious, and lingual diversity, but because in periods of rapid change – such as this moment in time, different generations can become separate cultures, seeing the world in such significantly different ways that the very acts of cognition may no longer be mutually understandable. In schools, where one generation is "educated" by another, a communications gap of this sort can make almost everything impossible."2

It is this gap which I see in schools and universities today. Teachers like "Michael" are operating under one cognitive framework, and they are teaching to those students who are either trained in that framework through parental training or those who may be particularly gifted in complex code-shifting, but they are not teaching that mass of neo-millennials whose cognitive processes have been more clearly shaped by the emerging culture. And, of course, they are not teaching to that mass of students whose differing cultures or genetics might also mean that the cognitive process works differently.

The kind of straight-line thinking basic to Anglo-American education assumptions - that "undistracted," "single-focus," "book-based," "sit in the room," style is one way of learning. But, as I have said in my posts below, it is an educational style dependent on the proper Protestant training of young children, on certain attention capabilities, on certain literacy and listening capabilities, which are present in fewer and fewer students as the population changes and as technology allows a return to a more natural information flow - learning as a less linear, less structured, more random, and more community-based activity than it has been in "the book era," the past four hundred years.

The advantage of accepting that different students learn in different ways, that the teacher must accommodate the student and not the reverse, and that the student and not the content should be starting point for pedagogy, is the chance to see if US education (or British education to a somewhat lesser degree) can reach beyond the one-third success rate. Can reach out to students who are different culturally, genetically, attitudinally, and generationally from those who run the schools and the classrooms.

Perhaps my requests for this change are a "totalizing narrative" which casts educators such as "Michael" as villains unfairly. But at some point I think all those in education must stop and look at the impact of their own choices on our society.