The Freedom Stick and "Massive Resistance"

In 1994 the United States government added the requirement to "Section 504"1 that all schools (primary, secondary, post-secondary) which receive "any federal funds" ($1.00 or more per year, in any form, including student university loans), have accessible computers available, and a system of in place for information and communications technology which would offer students with "disabilities" real time access "equivalently."
In 1996 the United States Department of Education sent the following in a letter to all U.S. schools:

Why quote all this? Because it is now 15 years later, and in most schools I visit, despite the ability to do the above becoming infinitely easier and less expensive than it was when I first read this letter in 1996, there is little compliance with either the spirit or the letter of the law.
Back "in the last century" we spent a fortune equipping computers at GrandValley State University with these access technologies.3 (Really, scroll down and read the list, you'll be entertained) We did this for two reasons (not because we were wonderful people): First, it was the law, and in 1999, the law was already five years old and we realized that just about every bit of computer equipment the university owned had been purchased after the law went into effect. Second, our "disabled" students were our students. They had every right to the same educational experience as everyone else. 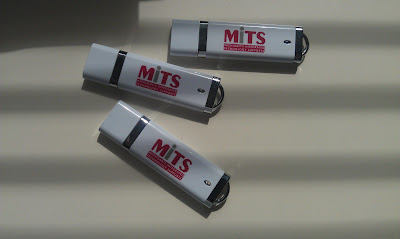 But GVSU was a real "outlier." In 2011 the response to these laws (Sections 504 and 508, the Americans with Disabilities Act) from most American schools has been akin to the "Massive Resistance" to racial integration in some American states during the 1960s. Schools have - by and large - "just said "no"' to disability access.
So, over the past half decade people around the world have tried to develop ways for students to circumvent this obstructionism to inclusion and civil rights. The RSC-Scotland North+East developed the Access Apps project. Alec Couros of the University of Regina may have invented the term "Freedom Sticks" in 2007 to describe his efforts (I'm giving him credit, not lexigraphical historian being close at hand). And here in Michigan, we took Scotland's brilliant work, Americanized some of it, built a highly-accessible version of Firefox Portable to run on it, grabbed Alec's name, and put together the "MITS Freedom Stick" which you can download in zip form by clicking here (it goes on to a 4gb USB Flash Drive).
Plugging this stick into "most any" USB port on a Windows (or Linux) computer will give a student accessible browsing, a full-featured text-to-speech system, links to a wide variety of free digital text sources, a scientific calculator, open source equivalents to Inspiration, Photoshop, Camtasia, Zip, writing supports, games, simulations, and a full version of Open Office - among other things.
In other words, it makes using these computers, accessing the curriculum, communicating, possible for many students who, 17 years later, remain locked out of educational opportunity. 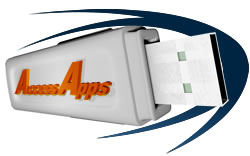 WOW, this is a great idea but I don't understand why you have accuse every school in existance of keeping people "locked out of educational opportunity" and accusing school's of trying to prevent students from having access to technology. Our school does way more than this list of free software does and they payed a lot of money for it. I'm sure some schools are resistant but please don't make such broad assumptions about school's trying to prevent access and intentionally "vandalizing" software just to prevent someone with disabilities from having the same access. That is simply irresponsible, inaccurate and doesn't reflect the actions or attitude of my university at all.

When you post anonymously no one has any way of confirming what you are saying, which is unfortunate.

There are indeed schools which "do more," and universities which, "do more." I have even named one of those. Sadly, many universities which claim to "do more" do so in humiliating and restricting ways, requiring diagnosis, special IDs, or even restricting such equipment to one or two "special" lab locations. Very few that I have found have this software and hardware "everywhere" other students access technology.

I'm not sure what has so upset you, anonymous, but I assure you that I have seen the vandalizing "virus protection" systems in action. Do these schools "intend" to limit the rights of the "disabled"? Probably not. But they don't consider those rights important enough to consider them when they take actions.

And that kind of "not caring" is a serious threat to human rights.

I appreciate you posting this information. Unfortunately, I too have seen students denied access to simple software that would make their lives much easier.

Thanks for the heads up about the USB image tool, safe to say that it's changed my life!