What I wish Bill Gates had learned about education from Microsoft

Bill Gates loves being a celebrity "expert," and, if you track Race-to-the-Top funding, you'll see that US Secretary of Education Arne Duncan thinks Bill Gates is "the expert" on education. 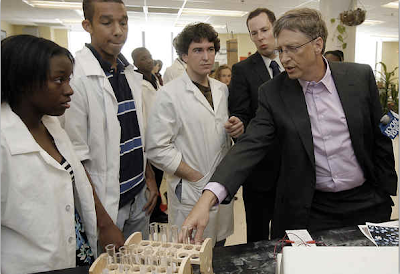 Now, if Bill Gates was discussing business development or how to create a lifetime plan for philanthropy, I think he has great credibility. But in terms of education, I'm just not sure.

On the subjects Gates does discuss these days, I generally doubt his credentials.  He never really was a software engineer - that was Paul Allen at first, along with thousands who "contributed" their ideas to the Microsoft well. He's not much of an expert on global diseases, though he surely knows how to collect people around him who do - and that's a powerful thing. And he really has no experience or even constructed knowledge of education - having never really been much involved in it - even as a student (being a very rich, very smart kid with a powerful lawyer daddy rarely prepares you for understanding deep issues of American society - there are exceptions - Bobby and Ted Kennedy, John Lindsey, a few others, but one listen to Bill Gates Sr. and you'll realize that the young Bill had none of those influences).

What most frustrates me is that Gates doesn't even seem to have learned the lessons which his company could have taught him. It is a classic case of a smart person letting what he doesn't know overwhelm what he does, which is turning out sad for all of us.

The Gates Foundation hustles a "New Industrial Order" for American education. Rather than big 19th Century factories, Bill and friends want smaller contemporary factories. But they still want factories. Bill wants the same product for everyone, everywhere. He wants mass production with heavy quality control testing. He wants lots of managers and fewer workers - and the workers he wants will be programmed industrial robots (which are what scripted Teach for America teachers are).

Thus, he has failed to learn anything from what Microsoft has been best at, or from how Microsoft's products are used out in the real world.

What are the Microsoft Lessons for Education?

1. Finding trumps knowing: When Bill Gates promised IBM a micro-computer operating system, he and Paul Allen didn't create one, Paul found one, QDOS, cleaned it up a bit, and sold it to Big Blue. This is the rough equivalent of promising the teacher that you'll get your paper done, then going online and buying one.

But that makes it a seminal moment in the information age. What mattered here is that Paul Allen had a skill no one at IBM did, he knew where and how to find what he needed. The entire Microsoft empire, and the Gates Foundation, stems from Paul Allen's search abilities.

2. Learning doesn't take place via lessons: Neither Gates nor Allen knew anything about business. They knew nothing about office productivity. They were hardly even the top micro-computer programmers. But through the projects they had, they built a huge knowledge base and a huge skill set. Allen, a loner by nature, learned to collaborate brilliantly. Gates, an awkward nerd, learned how to work the business world, all because they were interested in something else.

3. There are loads of ways to do things: Ever since Microsoft stole the "Mouse" idea (GUI) from Apple (which had stolen it from Xerox) Microsoft products have let people interact with their computers in all sorts of ways. Want mouse clicks on icons? fine. Quick Keys? fine. Drop down menus? fine. Mouse Keys? fine. Whatever. Going back to Windows95 and Office95 there have been a whole bunch of different paths to whatever you were doing. Unlike the Mac systems back then ("click here") or crap like WordPerfect, this was not about any "preferred technique" but personal choice.

I think the educational lesson here is obvious.

4. People fall behind and they race ahead, where you are at any moment really doesn't matter: Microsoft has been at the "top of the world" a bunch of times, and down in the dumps. Think of the headiest moments of Apple's success, say, while Microsoft was trying to create Windows to catch up. Think of their struggles with phone platforms. And compare those lows with the smash moments - Windows95, WindowsXP, or "winning" the "browser wars" of the last century.

Schools, of course, and especially "Gates-style" "accountability-centered" schools, don't let kids race ahead and fall behind. They have expectations for each year. And those expectations make failure permanent. 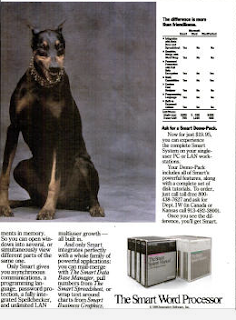 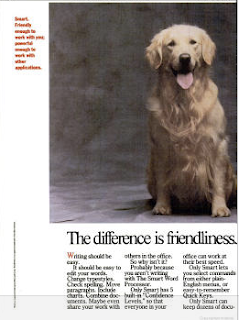 5. The blank sheet is better: I go way back with Personal Computers. And sometime in the late 1980s I remember loading 30 or 40 big floppy disks (what I later called, "the 45-rpm ones") into an IBM PC-AT in order to install the "Smart" software package. Back then Smart was better than Microsoft's Word or Excel because they were the massive "blank sheets" on which us early "application developers" could do "anything." Smart also let us cross boundaries, integrating the word processor and spreadsheet with the data managers, which allowed me to begin building the first NYPD precinct-based data systems for staff, for crime reports, for community interactions. (I had first worked with computers during the "MDT" (Mobile Digital Terminal) roll-out a few years earlier.) Police Administrative Aides could type in one word at the C:\ prompt and up would pop a "window" in which they could choose their database, enter data, and print reports with spell-checked headers.

Microsoft learned though, and within a couple of years Office appeared (at first for Macintosh) breaking down the boundaries, and letting creativity run.

If only Gates understood this lesson, he'd stop trying to control schools from the top down and would fully embrace individually sponsored innovation in multi-age cross-curricular environments. He'd give teachers and students more blank pages, and fewer administrators and rules.

6. It takes educators to let learners use the tools in front of them. Most users of Microsoft software use them as Apple wants the iPhone used, accepting the default setup as a permanent thing. Yes, people add "apps" to their computers, and make meaningless cosmetic changes (the desktop background) but I'd bet fewer than 10% of PC users really alter functions - in Windows or in Office. I'm constantly shocked that so few even alter default fonts or font sizes in Word, much less use tools like Auto-Correct or alter settings for spelling and grammar checks. Three quarters of the Windows Vista and Windows 7 users I've run across don't know they have Speech Recognition available. Most have never even thought of changing their keyboard to something more comfortable. 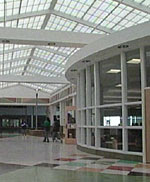 Microsoft offers a world of choices, but without guides to these choices, with education in how to make choices, the choices aren't used.

Which is a fine metaphor for why Microsoft's Philadelphia School of the Future failed so badly in its first incarnation, Gates and pals completely missed the need for empowered teachers who would empower students. Somebody, it seems, forgot that kids from traditional schools would have to "learn how to learn," and learn how to work with technology.

There is another metaphor in Windows' "openness." Windows crashes more often than Mac O/S because people can plug anything they feel like into it. Components need not be of a particular quality, or made by a particular company, or cost a certain amount. But you can plug it in. Just as you can write software without approval for PCs. And the system tries to tolerate it all, though it often fails to do so easily.

I really think that if Bill had absorbed these lessons, his foundation wouldn't be damaging more kids than it is helping. So Bill, please look back. Please reconsider. Please stop funding managers and assaulting teachers. That's not the way to help.

I agree with point #2- "Learning doesn't take place via lessons." Learning takes place when students are leading, making mistakes, asking questions, and most of all INTERESTED! We need to push for access enriched, project-based learning for all students.