Learning the Names of the World

It is insulting to be called by the wrong name, or to have your name mispronounced, or misspelled.

Insulting and demeaning for kids, for teens, for adults, and yes, for nations and peoples. For all of these, misnomers are an assault on identity.

That said, watching the World Cup 2010 this summer (northern hemisphere) I am hoping that we are slowly moving towards solving a long-term pet peeve of mine. Calling other nations by bizarre, antique, mis-names, something which works against international understanding in every way. 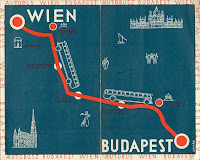 Because, lets be clear, there is no nation which calls itself "Germany," or even "Italy." No "Allemagne" or "Angleterre." Not even a "Brazil" or a "Netherlands." For that matter, there are no cities named "Vienna," or "Rome," or "Londres," either.

All of these misspellings and mispronunciations are ancient hangovers of beliefs in limited language learning capability and in homeland superiority. We didn't want to struggle with learning names in different languages, and we didn't think it was important.

But we're all part of one big globe these days, like it or not, and it is time we started thinking it's important. Especially in schools.

Google Maps made a huge leap about three years ago when their different national versions all started using actual nation names all across the map. 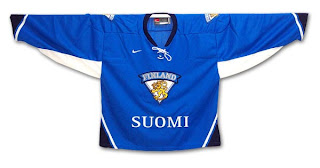 And we should not accept any (non-historical) maps in our schools which fail to embrace this idea. This was brought home for me at the 2006 Winter Olympics when NBC sportscasters struggled to figure out why the Finnish hockey team had "Suomi" written on their sweaters. Now "Finland" is not an "English made up name," it is what that nation is called by its Swedish-speaking minority, but "Suomi" is the name of the nation in "Suomi" - the language of 92% of the residents of that nation. I was so frustrated by this that I worked with kids on a project called "Naming the World" (below) where we tried to figure out (a) the names of nations, (b) what people called themselves, (c) what people called their language. As the project went along lots of other questions got answered as well.


As we watch the World Cup, as we see what the nations "look like," (the diversity of Deutschland, Nederland, France, the vast difference between neighbors Argentina and Paraguay), we can also start to hear the voices of these different peoples, and we can learn their names.

We have all the tools now. We have Google Maps and Wikipedia in all its languages. We have Google translate and online dictionaries with audio. There is no real excuse. If this idea is new to you, learn with your students.

Whatever nation you are in, in this century we are raising citizens of the world. Help them get there by helping all of us call people by their real names.

They may be Suomi but they also had Finland on their shirts, (in the badge). Basically I think you're over reacting to a problem that's not really there. Of course what you do with names in Greek (Helvetic?) or Russian that use a different alphabet I don't really know.

You make an excellent point here. In a global society is it important to understand how a particular nation or group wishes to identify itself. I wasn't aware of all the distinctions you made (there's no Rome?), but it's definitely something worth learning.

My big pet peeve is the tendency to use "America" exclusively. I live in the U.S. and grew up calling myself an American (and still do), but I think it's important to recognize that everyone north of the U.S. border and south of the U.S. border have just as much right to that name as we do.

This is an interesting idea. One that my friends have discussed before. It is not without difficulty as NNPS points out, there would have to be some rules of transliteration, etc.
And, of course, I would like my hispanic compatriots to be at home in the Estados Unidos. There are other places where different groups use different names and both have a reasonable claim on it.
I think the most important part is the work you did with the students, and I think having the students work with those difficulties and making decisions on how to deal with them is great.