to be fully human

I move through a lot of schools, and through a lot of public spaces, and everywhere I go I see people who are made to be less than fully human. The high school kids who can not read sitting in classrooms during "silent reading" time. The girl in the wheelchair set off to the side of the middle school choir because everyone else is on risers. The poor reader at the bank or hospital faced with piles of incomprehensible paperwork. The man or woman denied the ability to go out to eat because of too few or badly placed "handicapped" parking places. The child who struggles with writing who is denied the right to communicate in his classroom. The university students forced to spend large amounts of money and time to "prove themselves" "disabled."

Less than fully human, or, as they say, Children of a Lesser God.


We are all human, we are not all the same...
And I have my personal scenes: 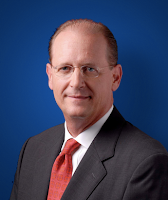 In March of 2009 I struggled to walk with crutches through Kennedy Airport in New York when Delta Airlines refused to provide me with a wheelchair. When I fell, as fellow passengers ran toward me to help, my Delta flight crew literally stepped over me in their rush to get out of the terminal. Delta has acknowledged that all they did was wrong, but refuses to consider any solution.

In October 2009 I could not attend an academic conference at Michigan State University when the campus's Kellogg Center gave away its disability parking spaces to football fans who set up tents for drinking. The university claimed that they would take steps to make this up to me, but has refused to do so.

Just last week a taco restaurant in Zeeland, Michigan - which already lacked any disability parking - refused my request for help with my food tray, after I had paid for the food. I left, $6.00 poorer and still hungry.

And, of course, back at my own university, students with disabilities are considered so foreign, so different, that in order to be treated with respect they must obtain a visa from the disability office. Yes, a visa. Carry your papers with you, my friends, lest you be considered an alien.

I could go on. There was the international education conference in Chicago where Columbia University's Teachers College (among others) slammed the door in my face. The numerous businesses which make entry impossible for those in wheelchairs, and restaurants which love funny fonts on the menu so dyslexics cannot use reading technology. There are faculty who cannot understand a student being unable to sit in their classrooms - their completely structured - non-universally-designed classrooms. There are toilets people cannot get to, signs which cannot be read, parking spots not designated, untrained employees from fast food spots to the greatest universities.

And each of these things make some of us less than fully human, in our minds, and everyone else's.

On Blogging Against Disablism Day I've been angry (Retard Theory, 2008) and I've been depressed (Suicidal Ideation, 2009), but today, perhaps I need to be committed.

I have tried to do what I can, I suppose, but I wonder what "that" means? Have I eaten at restaurants with car parks but no "handicapped" spaces? Yes, I have, and I shouldn't. Have I spoken up at the sight of each injustice? No, and I should. Have I followed through on legal threats? Well, yes, against Delta, but generally not - it seems messy and tiring too often.

And I know the cost of constant action. I had a friend who battled everything at every moment. Every bad toilet, every bad airline experience, every narrow door, and he too often seemed miserable. He was at war with the world every minute, and that is no fun.

Sometimes, we all just need to pretend to experience the full humanness so many would deny us, and just go out and be. That is OK, right?


classic higher education accessibility
So, maybe we need to take turns. We surely need to fight more, but I suspect we need to tag team this world. You this week, me next, someone else the week after that. Maybe we need to make sure behaviors are challenged even if we can't do it. Perhaps we need to set up Wiki-Exchanges so we record it all, and let those with the energy "now" to push the battle forward.

I'm not sure. But I know that we can not continue to accept a world which demeans so many of us, while at the same time, I know we need to keep ourselves as safe and all right as possible.

And we can only do both those things if we're together - whatever the "disability" label society tags us with - if we look out for each other, cross-protest, pick up each others fights - and do it in a way that ensures that every dehumanizing action and moment is addressed - by someone.

So you call CEO Richard Anderson at Delta for me - that's 1-404-715-2600 - and I'll harass your school board, and we'll all get into this boat together and move toward being fully human.

with very special thanks to Goldfish, a friend and mentor...

I was just over at another blog where the writer spoke about the struggle to fight for access, etc. while not getting caught up in the negativity of it all. I think your idea of taking turns is a useful concept.

I echo your thanks to Goldfish!

Wonderful idea of taking turns whenever one of us has the ability to pitch in!

It is also my experience that academia and airports are two of the most hostile places - systematically and for different reasons.

I understand that airports are about commercialization and profits -- I get that no one there thinks. IN academia, however, I kept expecting that someone would be able to use a braincell or 3 and would get it.

I love the tag-team image! That's how my husband and I "manage" parenting three children with autism. As much as we both love our kids, we don't have as much energy as they do.

I don't know how one would organize such an exchange on a large scale. That's a problem worth solving!

Like you, I have to pick my battles. It's not that they're not all worth fighting--they are, or most are.

My employer once asked me if I carried the proper papers (for accommodation, as an employee, not for student accommodations) in a way that sounded totalitarian in phrasing, if not intent.

Your blog on the PhD hurdles--thank you, you gave me an epiphany about why people are so mmph unwilling to do very easy things--why they're so willing to spend so much more effort fighting a very minor accommodation than give it. Exclude more people.