Liz Kolb asked on Twitter today about how schools choose what to spend their time on... I wish I had time for an original response but I wanted to at least post this, a section of an article I wrote last year (titled "Literacy (as) Tyranny"). It speaks to part of the construction of "worth" we abuse our students with:

In his 1998 book, Youth, Popular Culture and Moral Panics: Penny Gaffs to Gansta-Rap, 1830-1996, John Springhall describes the cycle of destabilizing effects which arrive with each change in media delivery or popular content form. Reviewing the book, Charles Hatfield sums it up, “The advent of new communications media has proved especially threatening to visions of ideal childhood, for children's use of such media tends to be early and formative. Such early exposure challenges the mediation of parents, teachers and other authorities, and often incites adult panic.” 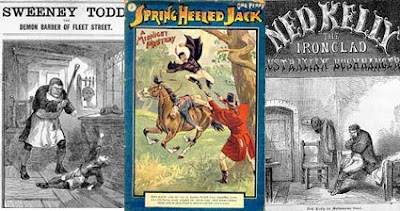 What is the need which pushes a society to make these decisions?

Or is the need the development of creativity? Of personal voice? Is the goal to allow for multiple representations? Multiple ideas of knowledge?

“Learning is not to be found on a printout. It's not on call at the touch of the finger. Learning is acquired mainly from books, and most readily from great books. And from teachers, and the more learned and empathetic the better. And from work, concentrated work. Abigail Adams put it perfectly more than 200 years ago: "Learning is not attained by chance. It must be sought with ardor and attended with diligence." Ardor, to my mind, is the key word.”

“Some traditionalists warn that digital reading is the intellectual equivalent of empty calories. Often, they argue, writers on the Internet employ a cryptic argot that vexes teachers and parents. Zigzagging through a cornucopia of words, pictures, video and sounds, they say, distracts more than strengthens readers. And many youths spend most of their time on the Internet playing games or sending instant messages, activities that involve minimal reading at best.”

“Last fall the National Endowment for the Arts issued a sobering report linking flat or declining national reading test scores among teenagers with the slump in the proportion of adolescents who said they read for fun.”(see article)
-McCullough, D. (2008) The Love of Learning. Commencement Speech at Boston College, Boston, Massachusetts

One of the ways to ask about a society’s perceived purpose of literacy and education is to see which texts are “included” in curricula and which are left out. A look at Puritan New England in the seventeenth century, for example, would find only the Bible and books of Common Prayer “included,” and all other “popular literature” (whether printed or oral) doubted as to its moral value (Wright 1920). A look at late nineteenth century American culture would find the works of Horatio Alger – with their emphasis on moral judgment, hard work, and capitalist success – “included” but other ‘dime novels’ – filled as they were with rebellion, freedom, and independent lives – quite firmly excluded (Springhall, 1998).

In 1960s and 70s America, books that told of rebellion and creativity within the basic shape of American society – from Fitzgerald to Hemingway – were “included.” Those which threatened those boundaries, either in written style or content, whether old or new – whether Dos Passos or Kerouac – were excluded.

This split is also obvious when we see ‘preferred forms.’ Early New England thought songs were slothful, while celebrating the fixed nature of print. Turn of the twentieth century America thought books, especially expensive books, far more worthwhile than vaudeville or early film. Much was made in the last half of the twentieth century of youth wasting their lives on television as book reading declined.

Often, forms of communication perceived as “easier” by the elites are derided. Socrates thought reading far easier than memorizing, and since that time, reading has consistently been seen as “more difficult” (and thus more worthy) than listening or watching. Film classes are considered “easier” than literature classes. Art History as “easier” than literary history. Books with larger words – more “difficult” vocabulary, are considered more valuable than “easier” fare – and surely more valuable than a graphic novel.

The question is – is difficulty for a large part of the population a legitimate measure of worth? Or is it a system of preserving and/or controlling power?