I woke up this morning in a city which could not conceivably exist if technology did not allow humans to exceed their own capabilities. 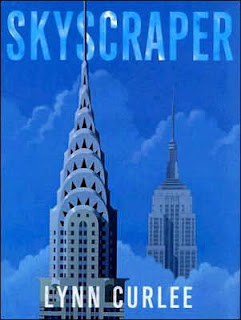 We can start with elevators. Yes, there are a few humans who can run up the stairs of the Empire State Building. But its a small group. And there's even a smaller group that can carry, say, furniture to the upper floors of any of thousands of buildings in New York City, or even just groceries or the lunch order.

Everybody gets to push the button and go up.

But we could go back further. New York City is a port built on an archipelago on the edge of a continent distant from its primary trading partners. Without first ships and then ships and bridges it could not ever have functioned as anything more than a great place to eat oysters

Anything beyond those "biologic basics" involve technology which increases human capacity and capability.

So, am I awakening in a city of cheaters?

Too many schools think so. They equate technological enhancement with cheating. Or, like those who understand why Oscar Pistorius might walk using artificial limbs - maybe artificial limbs which look like those they expect - but are very unsure he might run or race using limbs which seem unlike those they expect - they equate the unfamiliar technologies with cheating.

Schools have long accepted print literacy, for example, which Socrates derided as a symbol of learning's descent into laziness, though that technology dramatically - and artificially (there is no "reading center" of the human brain) - enhances human capability. They have also come to accept eyeglasses, pens, artificial lighting, they have even accepted - well, demanded - math on paper, distrusting those who do it "naturally" - in their heads.

In other words, certain "disabilities" are not "disabilities" at all, according to the "typical" school, and certain human "enhancements" are perfectly all right. So people are allowed to "cheat" in school regularly by storing information in books rather than memory, except on many tests, but if information is stored elsewhere, say, on the internet instead of a book, or if recall is needed during an artificial assessment process, it is "cheating." And people who might struggle with reading because of something different about their eyes are not disabled and get to use a whole variety of individual devices to help themselves, but people who might struggle with reading because of differences in brain use are disabled, and are often denied the use of their tools by teachers, school administrators, and state and federal politicians.

Parents who have money enhance their children's natural learning path with everything from houses full of books, to computer access, to travel, to tutors. But children without resources are denied these same enhancements in schools.

In other words, the idea of disability and the concept of enhancing the human is not just a social construction, but specifically a social construction of wealth and power. In New York the rich enhance their bodies via car ownership and access to cabs and limos. The poor lack those enhancements. Joel Klein wore eyeglasses and Cathie Black wears contact lenses to enhance their vision and reading as Chancellor of New York City's schools, but poor kids in those schools are denied the use of Text-To-Speech systems and audiobooks which would allow them to read. Arne Duncan daily enhances his human mobility and multitasking capabilities by being driven and flown around the country, but poor kids can't access tools which might get them to Duncan's "schools of choice" nor can they use the Blackberry which organizes Duncan's life in the schools he favors.

Friday I was lucky enough to meet people from DARPA and the MIT Media Lab Biomechatronics Group and the New York Hall of Science and the NYU ITP program, and many other brilliant people, and we pretty much came to the conclusion that our entire understandings of disability and enhancement need to be reconceived.

There are many examples of why, but I thought of one I personally observed. A high school non-reader I worked with was introduced to the WYNN Literacy Software. Within a month he was using this software to read at over 300 words per minute. Yes, in a month he went from not reading to exceeding the average adult fast reading speed by 20%. Thus, his tools, allowed him to "exceed capability." And certain educators were troubled by this. They actually wanted us to slow this boy down, so he would not have an advantage. These people never wondered about finding tools for the other kids which might maximize their abilities, rather, they were horrified when I suggested that this "special needs: kid now really needed to be in their gifted classes. He, like Oscar Pistorius, wasn't really doing it, his technology was, so he was "cheating."


Most of those teachers and administrators wore eyeglasses, one had hearing aids. And so I was confused.

Is "disability" a "thing" or an "idea"? Is "enhancement" anti-human or what humans do? And if we re-think these ideas, what does that mean for the way we operate schools.

And with that I will travel 985 miles in the next three hours. Am I enhancing my human capabilities? And if I couldn't afford the plane ticket, would I be disabled?

Katt Williams does a bit on Pistorius in one of his routines; you'll probably get a kick out of it (in fact, it's what I thought one of the embedded videos in the post might be): http://www.youtube.com/watch?v=_qlNEmpxQxI (NSFW language)

Funny, how we never call teachers who have not learned how to email or skype or show their struggling readers how to use text to speech "technology disabled." (is it a choice for them to remain ignorant of the tools?)
Yet, we are always ready to label (and blame) students when it is our presentation and instructional materials which are, too often, the disability.

"Friday I was lucky enough to meet people from DARPA and the MIT Media Lab Biomechatronics Group and the New York Hall of Science and the NYU ITP program [..]"

This whole it's-all-assistive-technology argument seems so obvious at this point that I think we should all point and jeer at whoever disagrees. We're all cyborgs, 'The Six Million Dollar Man' came true, bridges are math, people become disabled when the elevators break, you can't see without your glasses.

I propose that just as we have a Godwin's law about bringing up Nazis, there should be a Socol's law that says: If you don't agree that eyeglasses are assistive technology, then you lose the argument.

Friday my husband and I attended our older daughter's big three year evaluation. Afterwards the OT took us to where the computer was and finally showed us the IntelliKeys she has access to.

As soon as he came home, my MIT educated husband started taking apart an old mouse he has. He intends to give our daughter (aka Kid O) not just a mouse but a mouse with options. He bought stuff so that could be blown into to propel it as well as one or two other options. I let you know when he finishes it and how well it works.

I wrote this post in Philadelphia after visiting a school for disabled kids and this post right after my return. What they both talk about is how readily we throw up our hands when it comes to innovation. Kid can't learn and somehow it is the kid's problem. Lazy kid. Kid can't learn because kid wants to play too much ( in Kid O's case, ablebodied fetch.)

Kid O is not lazy. Far from it. When they put her on the mat, we are told, she drags herself with her arms to explore her environment. If they don't close the classroom door, they will find her in the hallway. She has always been curious about her world.

The school psychologist told us how Kid O tried repeatedly to grab her pen. Part of that was playfulness, but part of that is that Kid O understands what a pen is and she wants to communicate with the world around her.

We have always maintained that, if she could talk, our older daughter would be working the room.

My question is if there is all kinds of technology but it ends when a kid graduates from school, then what kind of future does a kid have out in the world? What do we do to ensure that a kid who becomes an adult does not end up as a menial laborer. How do we erase these shadows for kids like Kid O and others like her? It's those questions that continue to haunt me.

Kid O's best technology is her eyes, ie, the windows to her soul. When people look into her eyes, they cannot deny her intelligence. They can and do routinely. We all fail kids like her because we do not help her "cheat." Gain a leg up.

I think that it is really sad that instead of engaging students in learning/teaching techniques such as technology teachers rather label them with learning disabilities. They don't have disabilities they are just bored with your teaching techniques from 1970. Times have changed technology is here and it's not going to leave, so teachers need to get familiar with it and use it to reach their bored students. Teachers are suppose to learn as well as teach, learning how to use technology to teach is apart of the job now, so if you are a teacher and you aren't trying to learn you are not doing your job as a teacher. Instead of labeling your students as disable as a defense mechanism for your refusal to learn technology, you should label yourself as an inadequate, stubborn and lazy teacher.

There are tonnes of other examples of how we are enhanced as human beings through technology.

Your argument about how some of us need different enhancements than others to be "successful" definitely hits home for me. I really get it now. I think before I was in agreement with the argument that using an enhancement wasn't "cheating" but not really sure how to articulate my argument.

Thank you for clarifying this for me. I will be using your arguments (while being sure to give you credit) probably for the rest of my career as an educator.