Believing in the Wrong Things 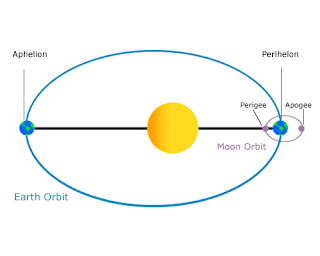 The "New Year" is, of course, a fiction. Why January 1? For the same reason we have seven day weeks, because a Roman Emperor said so. We could pick many other moments in the earth's ellipse around the sun, as Jews do/did, or Chinese do, or Hindus, etc. Perhaps we should pick one of the mathematical markers of that ellipse - a solstice or an equinox - to mark another orbit.

As this "New Year" begins, we, in education, know a lot of things. We have this vast foundation of unchallenged assumptions which we see as either "facts" or at least "historical inevitabilities." These range from the "academic year," the week, the semester, to describing students by age/grade, to evaluating students on comparative scales, to rectangular classrooms, to ideas about special education.


"Where in the world had seven come from?
"Italy! Seven is a magic number because only it can make a week, and it was given this particular power in 321 A.D. by the Roman emperor Constantine, who officially reduced the week from eight days to seven. The problem isn’t that Constantine’s week was arbitrary — units of time are often arbitrary, which is why the Soviets adopted the five-day week before they adopted the six-day week, and the French adopted the 10-day week before they adopted the 60-day vacation." - Daniel Gilbert

The problem is that what we "know" can blind us. I once told the fabulous cognitive researcher Rand Spiro that I thought "cognitive frameworks" might hurt learning in two different ways. Yes, if your framework was not sufficiently developed new knowledge might find no place to rest. But if your framework was too built, was too solid, new knowledge might also find no location, bouncing off the complex structure of all one might "already know."

These solid frameworks cover what schools are, how kids learn, and what they need to learn. And when, for example, I challenged a mother on Twitter who stated that it was important that her daughter learn her "math facts," I really wasn't doubting whether the girl needed math automaticity at all, but why the mom thought this was true.

When I doubt phonics instruction, it is not that I fully believe that it doesn't ever work ("If phonics worked it would surely be spelled differently"), but because I want to hear proponents explain why, after 150 years of phonics, 70% of Americans never get past the "sixth grade reading level."

And when I doubt the content that we teach - and test - in schools, it is because I wonder if we ought to rethink the questions which lie behind the curriculum.


Early last year I had a chat with an automotive engineer who is involved in electric vehicle development. "People don't understand," he told me, "that moving a vehicle with electricity isn't hard at all, we've been doing that since 1840 or something, and doing it well since 1895. And batteries, well, batteries are coming. But in terms of engineering its all the stuff that cars did with the rotation power of the internal combustion engine that's hard. Electric power steering, electric air conditioning compression, electric heating. All of those things needed to be created."

In other words, what we - the general public - think is the problem, traction motors and battery charging, seem much more solvable to those in the industry itself. What is hard is not completely draining the battery because it is 95 degrees F/35 degrees C and you're stuck in a traffic jam.

But, no, we don't think that way. In most of the US, for example, we are highly unfamiliar with electric propulsion, though we see it every day. Frustratingly, we call the big locomotives pulling our trains "Diesels," and thus fail to recognize that 99% of them are "electrics" with diesel-fueled generators on board. This is issue one: misinformation. We assume - based on language and cultural repetition - that something untrue is true.

Example from today - the Washington Post's trumpeting of the return of "Success for All," a failed reading program from the 1990s, but one beloved by the media because both "Johns Hopkins" and the program name look good in print. Our language, and our knowledge base ("Johns Hopkins people are very smart"), work against learning actual facts.

"...the best teachers understand that their students may find such emotional comfort in some existing model of reality that they cling to it even in the face of repeated expectation failures," says Ken Bain in What the Best College Teachers Do

. And this seems doubly true when we discuss rethinking schools. It isn't just that "diesels are not just diesels" or "People at Johns Hopkins can be self-serving fools" challenge our world views, it is that this challenge to our world views makes us uncomfortable, we have to worry about all sorts of things we have not yet worried about. And honestly, few of us want to do that.


"So although they had not been in students' clubs or pubs in 20 or more years, they assumed that nothing had changed. This is known as human plasticity theory; people are stamped with a belief system that they cannot easily shake."' - Eric Anderson


"Human plasticity theory." Our belief system shapes our knowledge. If the mom (way back up in the post) wants her daughter to be automatic with math facts she invents a reason - "she won't always have a calculator" (a basic untruth, we "all" always have calculators with us these days) - rather than worrying about whether math automaticity actually is important.

If the "school day" is challenged, administrators will howl about union contracts - believing in the prototypical teacher of 20 years ago - without ever asking the staff if flex scheduling might appeal to a certain percentage of them.

If I ask why algebra is essential to high school graduation, I will rarely get a coherent answer, rather, I will hear "faith statements" ("The answer to that is that you need it in any occupational field that requires higher education, such as computer science, electronics, engineering, medicine (doctors), trade and commerce analysts, ALL scientists, etc. In short, if someone is even considering higher education, they should study algebra. You need algebra to take your SAT test or GED."). Faith statements based in the idea that algebra has been taken by everyone running schools today. If I say, "maybe algebra is important, but why is it taught with numbers?" I just get blank stares. Algebra "is math" after all - we "know" that.

Anyway, the point is, we can't solve the issues which trouble our education system without unlearning what we "believe" in. Unless we take many fewer things on faith. Unless we make ourselves uncomfortable by worrying about things we have not worried about before.

'"The trouble with people," Josh Billings once said, "is not that they don't know, but that they know so much that ain't so."' - Ken Bain

So let's take this mythical moment in our planet's orbit to consider that. What do we really know? v What do we believe? about our schools, our educational system, our students?

I think its a question we must start to ask...

Throw out all the books on child development while we are at it, too. Those books of the What to Expect series are great for parents with "normal" kids, but abysmally useless for parents of "other" kids.

All the more reason to move towards an IEP for all system.