By the time I reached Alan Shapiro's ninth grade English class, I was ready to be done with school. Yes, I enjoyed the lunch periods. Sure, I had lots of friends. And no question - I had loved learning to arc weld in eighth grade. But there was nothing going on for me in any class. I usually managed, after just a few weeks, to pull a desk away from other students into a back corner by the window, and just sit there staring out toward Long Island Sound or drawing in the big sketch pad my art teacher had given me in exchange for no longer coming to his class. 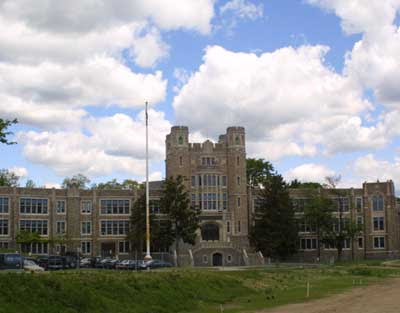 By the time I reached Alan Shapiro's ninth grade English class he had plenty of reasons to have given up. He had already taught for 15 years in an urban Junior High, had risen to become head of the English Department there, then lost that job after leading his AFT local out on a strike the year before - a strike primarily based in the teachers' desire to innovate.

Now he was teaching lots of classes of kids like me.

But Alan Shapiro did not give up. In fact, he became the "teacher who saved my life" by convincing me that there were all sorts of things I could do well, and giving me the chance to do those things. I came into his class a couple of weeks into the school year after I was thrown out of another teacher's English class. I came in sullen and angry. I left in June with an entirely different view of education, of writing, of books, and with a note from my teacher I'll never forget: "To my No. 1 crap detector," he had written, "just go out there and do it."

I've written about Alan Shapiro before, in terms of the alternative high school he began the next year with his friends Neil Postman and Charlie Weingartner (please read the comments there), but as an old classmate pointed out there, Alan knew how to change school wherever he was.

That old classmate put it this way, '"Shapiro always said that "regular" schools didn't allow students to fail - that they always had someone else to blame - bad teachers, bad schedule, bad books, bad assignments, boring classes, etc. He said that thus they never owned their failures and thus didn't own their successes either. When all those typical student issues have become student choices - failure is the student's."

"Shapiro had used this in his regular English class before the 3Is. In our 9th grade class, we voted on a grade for the report card, but he supplemented that grade with an individual evaluation. I'll always remember the final he gave us. True/False; multiple choice; short essay and the part where he gave us the 'answer' and we had to come up with the question: Answer:'I didn't do it" question: 'Where's your Romeo and Juliet paper? Shapiro's comment was, "Feeling guilty?" That made an impact on me years later. I got a "w" on the test." [just for the record, I received an "11" - all grades were random symbols]

But there was much more to the class than that. Every book we read was presented multiple ways. The reading list was those dystopia novels, 1984, Fahrenheit 451, Brave New World, etc, and in every case we watched the movie, we listened to him read it (or to albums from the early audiobook creator Spoken Arts) and we had the books to read on paper. Every concept was presented multiple ways as well - none of us in that class can forget him skipping around our desktops singing "death is here, death is there, death is around us everywhere" to illustrate how the rhythm of a poem could be opposite the textual content emotionally.

And we could always respond any way we wanted - writing things, speaking to the class, drawing pictures, or just talking with him. He never cared how we expressed ourselves as long as we did express ourselves.

There was something else - the class was this comfortable oasis in a miserable school. We sat where we wanted, or didn't sit. We talked or didn't talk. We drifted off without that being viewed as a crisis. Entering that classroom was like being able to breath.

And so something remarkable happened in that room that year. With the risk of failing grades removed, with any competition for grades removed, with all the typical classroom absolutes removed, this strange group of academic losers became the most productive secondary English class I have ever seen. We wrote so many poems and short stories across the year that our "best of" collection, printed out via dittos for us to share, was 100 pages huge.

Something remarkable happened to me in that room that year as well. Oh sure, all the other classes were awful, save for the aforementioned art, which consisted of me wandering around with a sketchpad, but in Mr. Shapiro's room I came alive. I began to think then that writing was something I could really do, and I began to think that all those books might have things in them that I really wanted to know. Hope and possibility.

I remember him sitting with me that year, listening to me talk about 1984, hearing me compare it to the school itself, and letting me know, in a way I had never known in that school, that I was all right, that my thoughts mattered, that I had things to contribute.

No grades, multiple representations, multiple ways to express knowledge, no competition, the chance to be who you were as a student and a person. 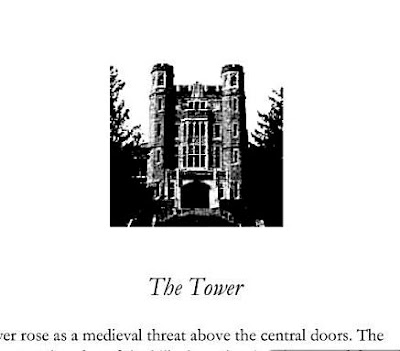 Later, in his alternative school, he would carry me through high school, and let me glimpse a real future. And I can say absolutely, whenever I have considered giving up on education, he has been the person I've thought about.

He remains a force in educational thinking through the essays and curricula he writes for the Teachable Moment website. He is an educational thinker who respects teachers and students and public education and knows how to bring these things together in ways which really, really work.

, but now I'm glad to talk about a Junior High School wonder. And to say that it is from this experience that my view of teachers being as life-or-death important as doctors comes, as well as my belief that great public education is possible anywhere and everywhere.

Thanks Alan, and thanks to all the Alan Shapiros out there, who carve out these places of excellence and opportunity despite it all.

Hey, I struggle with Wikipedia. If anyone out there can help me edit the Alan Shapiro page to make it effective, findable, and create disambiguation from other Alan Shapiros.
Posted by irasocol at 6/25/2009 11:38:00 AM

The historic times played a part too. There we were, reading "1984" and it was playing out in New Rochelle. I remember commenting on the book and drawing the parallel to seeing Eldridge Cleaver speak at Iona one night for an anti-war moratorium and as people left the college, the local police were writing down the license plate numbers.
I can still remember the two poems that I wrote that were included in that 'package.' One was about swings and the other about being st Shea Stadium during batting practice and waiting for autographs. 'The Autograph Gang.'

Don't ask me what I did yesterday.
So you can see, Alan really had a lasting impression on his students.

This is an awesome post--thanks for sharing.