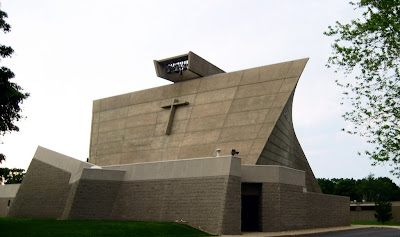 Now, I have not checked in on Lincoln Park in a few years, but I want to describe the school I knew.

The school serves a strange neighborhood. Million dollar Lake Michigan homes, small postwar tract homes, and a couple of the poorest trailer park communities I have seen. It is located just south of Muskegon, Michigan, a community whose economy has never recovered from the collapse of the auto industry in 1973. (The county once had two of the three largest auto parts foundries in the world, and built tanks until Vietnam ended.) It is just one public school in a district which spans urban, suburban, and rural communities. The students are racially and ethnically diverse. There is even a Catholic elementary, a very good Catholic elementary, about five blocks away, competing for students.

But Lincoln Park Elementary was (I'll use past tense for academic certainty, but I'm guessing things haven't changed much) a great school. It is great for the students, and it tends to score as well as any primary school in the state on standardized tests.

Lincoln Park did two things right from the very start. First, it controlled the school environment long before any student entered the building, and created a very safe, controlled building in which student academic freedom could be maximized. Second, it created different options for students beginning in first grade. Traditional age-based grade classrooms, two-year looping classrooms, and a 1-5 multi-age program.

I can go all the way back to Henry Barnard's 1848 book describing multi-classroom school design to see that observant educators understand that the school environment starts long before a student reaches the classroom, and Lincoln Park Elementary made this obvious. Clothes which indicated the great wealth disparities among students were not allowed. No student could ride a bicycle to school without a helmet. Behavior on the sidewalks surrounding the school was monitored by the principal and teaching staff every morning and every afternoon. 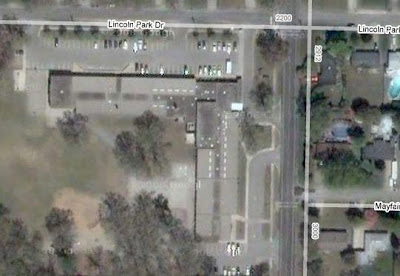 This matters. At Lincoln Park students were getting into "school mode" from the moment they dressed in the morning. I find it hard to believe that I am about to say this - given my childhood attitudes - but this is one reason I have come to favor school uniforms, it establishes the school day from the time you walk out of your bedroom. Now, Lincoln Park didn't have uniforms, but it enforced a pretty comprehensive dress code, and yet, never made that dress code Anglo-Centric or the enforcement abusive (I was in a high school two weeks ago when girls with "skirts too short" were called down to the office by PA announcement, to show the other side).

Behavior in general was expected to be really good. And this was so consistently maintained, with all students regardless of social status, that the school simply functioned really well. No, it was not at all silent. All through the building you'd find groups of students working on projects in the halls. Students went to the library whenever they needed to. At first glance, in fact, it appeared noisy and chaotic, but it could be that because the social structure, by being clear, allowed freedom.

I always know a terrible school when I see classes which seem to be the same. Why, if you had two third grade classrooms, or two 11th grade English courses, would these be, in any way, similar? The only reason would be that you have bought in completely to the idea of education as industrial processing, and the idea of students as interchangeable raw material waiting to be stamped into pre-ordained form.

Lincoln Park created those choices, and helped students and parents make intelligent decisions. The wildness of the MultiAge room, 120 students and five teachers in an immense open space, was fabulous for many, but surely not for all. So students could be in relatively traditional environments, or in fully "open classroom" environments, with teachers who had also chosen their environments. It was quite amazing how well all these rooms seemed to run.

The school's "star" was the multi-age room, with it's fully inclusive, grow-at-your-own-rate structure. But the whole school embraced flexibility and peer mentoring. Literacy projects, such as plays based on books, were created and performed by teams which included students from every grade. Fifth graders provided math help for younger students, playground times allowed different age groups to mix. In that situation far fewer students are ever "behind."

Celebrating all kinds of achievement

You played on the basketball team? That was very exciting and celebrated. You played in the orchestra? That was very exciting and celebrated. You were part of one of the 20 or so Odyssey of the Mind teams? You got a giant pep rally to send you off to the event. Whatever you did well, Lincoln Park was behind you, whether a school thing or something else. This created a sense that everyone could learn from everyone in this building.

Lincoln Park Elementary had no more money than any nearby school. It was not a charter, "freed from bureaucracy." It did not pay teachers more. It did not screen out any students - directly or indirectly. It was not at all without competition. It succeeded, succeeds, because it created an effective and open place which welcomed all students and encouraged them in their differing paths to learning.

As I always say, great schools are hardly impossible. They exist all over the place. We just need to expect more. Everywhere.

This sounds like a really wonderful place! I especially like that ALL achievements are celebrated, not just athletic ones, which is the case in way, way too many schools (especially high schools, in my experience, where I've seen the track team that took first in the state get a pep rally and the choir kids who took first in the state get barely a mention). It sounds like a very nurturing, caring environment, that is the heart of any classroom and school. Those who wonder how to create such a classroom environment should give "The Wolf Pack Classroom Management Plan" a look. It's by a teacher, Janis Gioia, for teachers, (and homeschooling parents, too), and teaches prosocial skills, life skills, that make the classroom a caring, harmonious environment.

Its really great place ! I feel education is not all about learning ypur study subjects bt it all include the student's achievement in all areas.and i found Lincoln Park Elementary School is the best place to make your students truely educated.

I like the ennironment of the school.School was monitored by the teachers as well as from principal.The plays performed there were based on books which make students active in learning also.
This created a sense that everyone could learn from everyone in this building.

Thanks for the blog

Each teacher say that the environment needs us, and we need to do the needful. We need to know what we can do, so here I have listed the most useful laws and treaties which I have seen across the web in favor of the environment. These things I believe need to be taught in schools to help students in realizing these details at a tender age.