Election Day in the United States

This is an unusual election in the US, for though neither "education" nor "special needs" has been an important topic, it has indeed been a topic - which is highly unusual.

After eight years in which US education has been severely damaged by horrendous policies, and in which people "with disabilities" have been badly hurt by the management of everything from health care (where disability now often denies a person insurance), to the Social Security Administration (3-year waits for eligibility appeals while people go bankrupt and starve), to the "Justice" Department (which has almost stopped enforcing the ADA), to Transportation (with cutbacks in transit funding that would have made more systems more accessible) - America definitely needs a change.

And politicians have begun to notice. They have figured out that many Americans have children, or parents, or grandparents, or friends with special needs. And that those people might make motivated voters. That's great. Motivated voters - especially in potentially close elections - motivate political leaders.

So what matters? What really matters in this election?

In an earlier post I talked about how Alaska Governor Palin represented the worst in hypocrisy about the needs of people who are "not mainstream." This is to be expected of someone willing to divide the nation into "real" and "fake" halves, or "pro-America" and "anti-America" halves. If a person is willing to see those kind of distinctions she is surely ready to see those with needs different from her own as at least unimportant, and probably as dangerous. She also, since then, has proven this hypocrisy further. A day after calling for full funding of Special Education she opposed an attempt in Colorado to pay for exactly that. Solutions have cost, Governor Palin, and not every family can rip off the Alaska Treasury with fake per diem expenses to cover their children's special needs expenses.

But enough of that: What does America need on the way to Universal Design and Universal Acceptance of Human Differences?

1. Universal Health Insurance - nothing would make a bigger difference.
2. Better funding for early childhood and K-12 education.
3. A guarantee that any school which receives any government money accept students without regard to ability/disability/ethnicity/religion, and help get students to the school when parents can not.
4. Guaranteed parental leave policies for all workers, and guaranteed vacation time so families have more time together.
5. Higher minimum wages so that families can properly support their children.
6. Aggressive enforcement of ADA and Section 504 laws.
7. Improved mass transit funding everywhere in America, so people can get to school and work (and even church).
8. Improved access to affordable higher education.
9. Improved support for building affordable and accessible housing.
10.A commitment to future technologies which support universal access.

Now, it is up to you decide whether these solutions are best supplied by "the market" and by a political team committed to an across the board spending freeze and increased tax cuts for millionaires, or by a political team that thinks competent government has the ability to make society better. 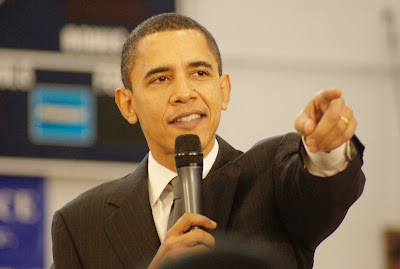 Thank you, Ira, for your ongoing and faithful encouragement. I am in all ways more human after reading. -mg

Following the elections from the UK, it was great to read your post (via your twitter link). I hope that your solutions get the chance to be implemented.

We live in exciting times.

Great post as always.....what part of Europe are you from? The only thing I didn't agree on was the mass transit, not because I'm against it but there is just so much territory to cover! The whole no child left behind was nice in theory I just didn't think it worked for special needs kids.