Back to the Future

“It’s just like living in a village, where it’s actually hard to lie because everybody knows the truth already,” Tufekci said [Zeynep Tufekci, a sociologist at the University of Maryland, Baltimore County]. “The current generation is never unconnected. They’re never losing touch with their friends. So we’re going back to a more normal place, historically. If you look at human history, the idea that you would drift through life, going from new relation to new relation, that’s very new. It’s just the 20th century.” 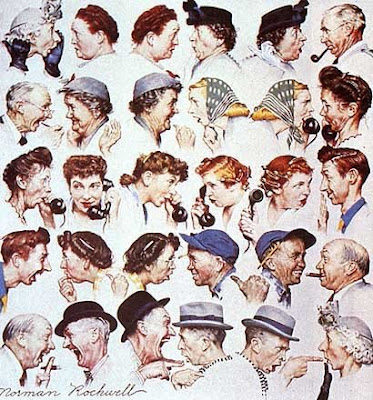 In last Sunday's New York Times Magazine an article by Clive Thompson on The Brave New World of Digital Intimacy explored the experience of Facebook and Twitter et al and came to this interesting conclusion - the change in social connections brought on by new media technologies may not be "de-normalising" anything, rather, we may be experiencing a "re-normalisation" after a couple of centuries of a very strange social experiment.

"This is the ultimate effect of the new awareness: It brings back the dynamics of small-town life, where everybody knows your business. Young people at college are the ones to experience this most viscerally, because, with more than 90 percent of their peers using Facebook, it is especially difficult for them to opt out." Thompson writes. And whether this is "good" or "bad" is really not a question we can answer. Instead it is a fact of life we will deal with, as surely as the denizens of Peyton Place were controlled by the stories which spread through that semi-fictional town, as certainly as all the people of Artigat truly knew who was who when "Martin Guerre" returned. 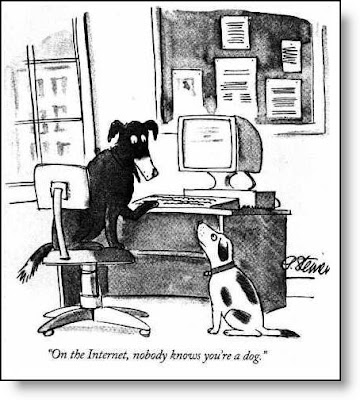 Thompson's article is part of a growing re-learning which is taking place everywhere except within US academia. People are starting to see the last 300 years as - perhaps - an aberration, and not as the end all, be all of human progress. Linear thinking, linear literacy, individual literacy, formalized, industrialized schooling, urban isolation and privacy, absolute communication rules, the primacy of print as the medium of information exchange, the classroom, the novel, the system of credentials itself - all the standards of "educated culture," all the inventions of the past half millennia which so many now accept as historical inevitabilities, are threatened by new technologies and by the "new" human information and communication modes - modes which bear a striking similarity the systems which existed before Luther, before Calvin, before Gutenberg.

Think about this - before this "modern age" most communication was both multimedia and flexible. Images and text, voice and gesture all combined, and all was adapted as it passed user to user (that "nightmare" of Wikipedia style knowledge). Information was altered for the audience at hand (no one ever performed the entire Iliad, the components were chosen which connected the tale to the place of performance), and adjusted for the needs of the "learner." No book created by a scribe was ever exactly the same as the book he had copied, and a "reader" looking at The Arch of Titus or the Temple of Dendur or the Cathedral in Rheims would begin their engagement in the story at the point of their choosing.

Self education was accepted. Nobody asked Alexander Hamilton why he dropped out of Kings College. Gutenberg, of course, lacked any sort of "communications engineering" credential. And information was spread by many sources who established their authority through repeated reliability. Literacy had value, so did memory, so did the ability to judge the quality of sources, so did the ability to discriminate among many fragments of data coming at you - from the shape of approaching clouds to the rumours spread by your neighbor.

I'm not going to deny the limitations of this world of human communication, but maybe there's something inherently "natural" in the rhythms and systems of communications both "pre" and "post" Gutenberg. And maybe the ways in which learning takes place outside of "the modern era" have some real value, at least for the mass of children who have never succeeded in the isolated, linear, rationalist, constructed environment which has defined learning these past two centuries.

It's at least worth considering, right? Even if it threatens the sense of self we have built within that constructed environment.

Absolutely! People give a lot of lip service to change, yet they go kicking and screaming when it actually comes! I have heard people say that the cell phone will be the end of human decency, and I always disagree. It just means human decency will be redefined - again.

Those who aren't on the bandwagon now should do what it takes to catch up, or they will find in the future they can't keep up!