An Easter Monday Proclamation of Liberation 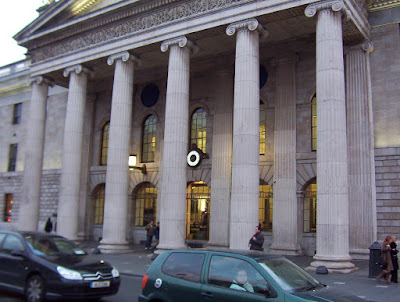 On Easter Monday, 1916, a group of Irish patriots seized Dublin's General Post Office and other key, symbolic points in the city, and proclaimed the independence of the Irish Republic.

The Easter Rising Éirí Amach na Cásca lasted seven days and ended with the British Empire murdering the greatest leaders of a generation in Ireland in a yard at Kilmainham Gaol. But those events began not just Ireland's liberation from Britain but the entire 20th Century of Liberation which would sweep across Africa and Asia for the next 60 years. Tiny Ireland became not just a symbol, but a literal exporter of revolution to the globe - the leaders of national liberation movements - from the Jews of Palestine to the Vietnamese, from Indians to Kenyans, came to learn  how to free themselves from their oppressors from Michael Collins - the Easter Rising survivor who led Ireland to victory in the Anglo-Irish War - and his lieutenants.

This is not about Irish history, though, this is about education.

On the night of Easter Sunday 2010 a few of us gathered electronically to battle with the Governor of New Jersey, Christopher Christie, an extremely wealthy ex-federal prosecutor elected as a Republican in 2009. The Governor, allowing his $60,000-per-year paid twitterer to spend the holiday with his family, was on Twitter himself, explaining why his first mission as governor is to cut teacher pay and funding for education in his state. (see the conversations, with @mritzius, with @lgesin, with me, and the Gov himself) 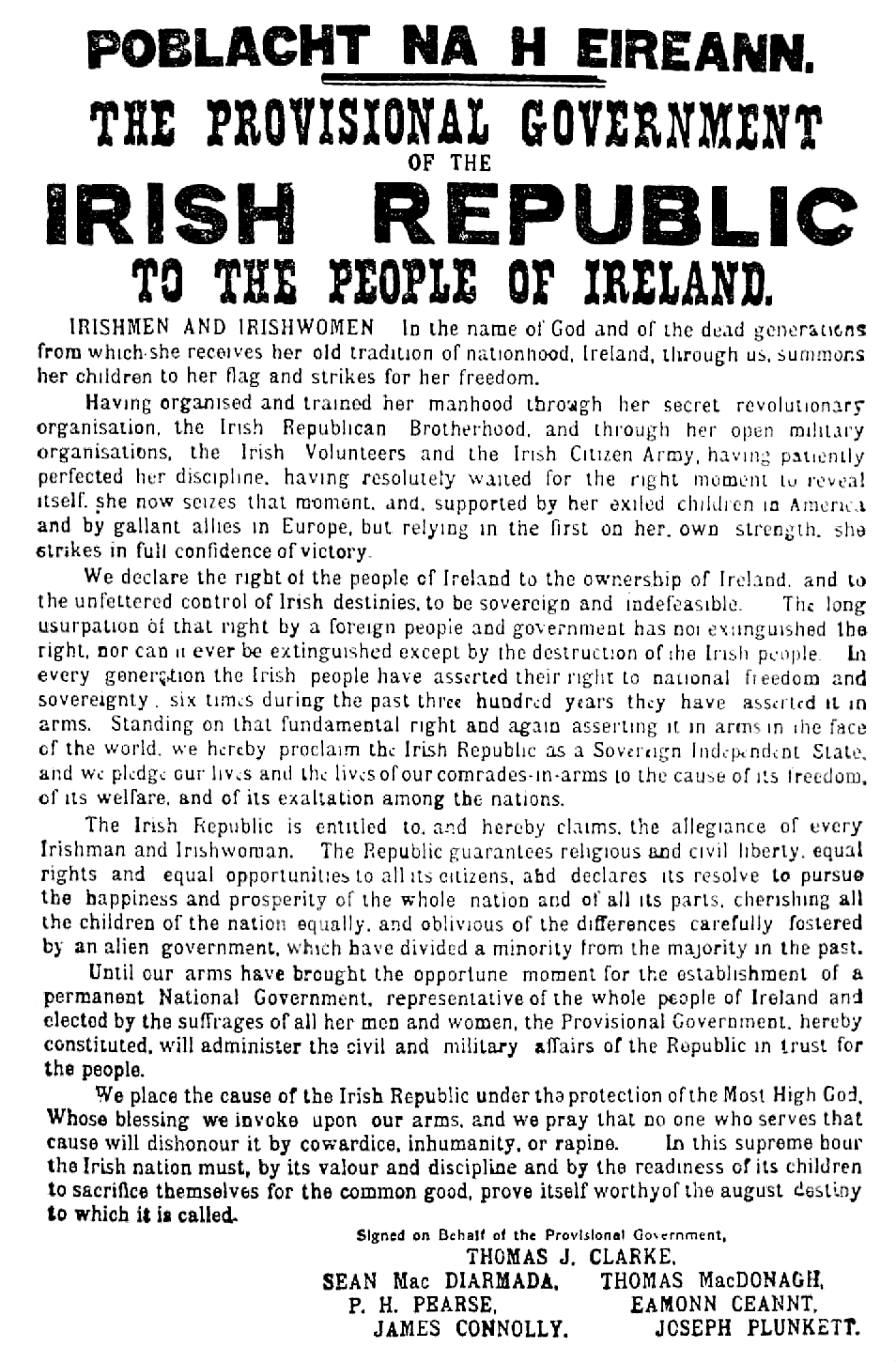 The Governor, not unexpectedly, comes across as a series of Fox News talking points, constantly demanding "shared sacrifice" - though the sharing extends neither to himself nor his class of taxpayers, who typically live in New Jersey to avoid the actual tax bills they'd receive in New York or Pennsylvania, and insisting that New Jersey needs a solution to its extraordinarily high property taxes while refusing to consider any actual solution to that (an increased sales tax or VAT, a rise in the top marginal rates for New Jersey's income tax). In fact, he is simply bullying the teachers, the group charged with developing New Jersey's future, because he knows that their commitment to their students makes them unlikely to strike or otherwise really resist.

When "reformers" in America today talk about education, they are, of course, not discussing students or children or learning or development - they are talking about political economics. They are interested in "efficiencies" not to make schools better, but to make government smaller. They are too often interested in Charter Schools not as innovative examples which lead to new thinking, but as a way to bust some of the last remaining American unions. They are interested in "choice" not for opportunity, but to continue the vicious racial and class divides in the United States. Yes Michelle Rhee, Bill Gates, Joel Klein, Mike Bloomberg, Arne Duncan, Paul Vallas, Chris Christie - I am talking about you.

On the same evening, Pam Moran, a Virginia school superintendent, posted a wonderful statement on the always fascinating Edurati Review on why we need to move our conversations about true educational re-design to the "front channel." For, in our backchannels, on Twitter and elsewhere, we spend our time discussing re-design, how to make education work for the most kids in the most places, how to move beyond a system designed to fail kids to one which moves kids forward, how to inspire and support teachers to be their best, how to bring parents in - in all the best ways. And these conversations are great and powerful, but they are hidden, as Pam says, from the "mainstream media" and the current political conversation, and that is a recipe for disaster.

Education is a colonial project - oh, not always as obviously or viciously as Teach for America or the KIPP schools - but it is a colonial project. The idea is to take our children and convert them to the uses of our society. And how our schools do that literally determines our collective future. We live in an American society right now in which everyone from the President on down denigrates teachers as somehow greedy, lazy, badly trained, irresponsible people. We send our children off to schools after the President has applauded firing their teachers, after Governors call teachers greedy. We defer maintenance in schools, we close schools, we refuse to equip schools with the technologies used everywhere else on the planet, we reduce education to filling in multiple choice bubbles on standardized tests - and then we are shocked - "shocked," as Casablanca's police chief said, that kids don't care and don't do well during their school day.

So, today, Easter Monday 2010 we need a new Proclamation of Educational Liberation.

Today we must say that we will stand up for our children and our future. We will do it aggressively and publicly. Today we must say we will challenge our "leaders" - Governor Christie, why do lawyers in New Jersey outearn teachers? Isn't teaching, isn't bringing up our children, the most important thing we as a society do? Governor Christie, shouldn't you and Bill O'Reilly pay a bit more of your income in taxes so teachers can earn a decent living, kids can go to great schools, and middle class families can afford property taxes? President Obama, can you please stop calling education a "race" - races have winners and losers, and we want all of our kids to succeed. Texas "Education" Leaders, please stop using schools for indoctrination and use them to help children grow in to critical thinkers. Mr. Duncan, please stop equating test scores with learning. 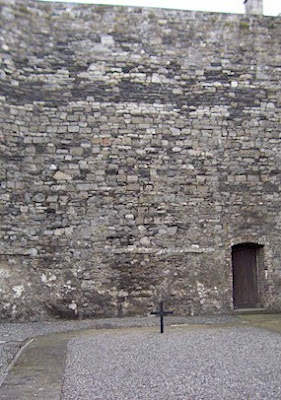 We need to raise these questions and challenges every day, to every leader, to demand that they break from their talking points and explain what they mean and why they mean it. We need to engage them on Twitter, on blogs, in letters to the newspaper, in phone calls to radio stations, in letters to reporters and editors and TV anchors demanding better conversations. We must bring this all to that "front channel."

But we have to do more than that. Padraig Pearse played to the grand stage in the Easter Rising and set the spark, but Michael Collins took to the hills and won the war, and we must do the same. Stop being circumspect. Talk to your neighbors, your friends, your families. Speak up at church or synagogue or your yoga retreat. We must change the national conversation not just from the top down but from the bottom up. We must explain our visions of education, and our passion for education, to all who we can get to listen. Because this really, really matters.

Americans have always been conflicted about education and educated people. This might be the only place in the world where we might think someone "too smart" to lead us, the only place where "I'd like to have a beer with him" trumps "how smart he/she is" in electing a president. And without the history of clergy/teachers that Europe and other continents have, Americans have always had minimal respect for teachers. Back in the mid-19th Century Henry Barnard wanted women as teachers because he could pay them less and listen to them less - and that was a bad start. The other "professions," lawyers, doctors, architects - almost entirely male around 1900 - raised their statuses and their salaries through exclusive organizations, teachers - mostly female - were left scrambling to create industrial-style unions to meet their role in industrialized education. So teachers, who have more education behind them than lawyers, work longer hours than lawyers, and are far more essential to the general society than lawyers, get less respect and much less income. And we often build schools as concrete block bunkers because it is cheap, while our restaurants are far more engagingly designed - thus we are fat and stupid.

So, if there is to be another "American Century" we must be better. We must make education desired, respected, and fundamentally understood. And if we don't do it, who will?

"We will loft education anew when we generate an ever-increasing ratio of educators who believe in a mission to create spaces of inspiration for learners and learning.  It will take more than 1 or 10 percent of us speaking the poetic and political voices of passion, joy, and drive to create those spaces in which young people and educators can thrive in these contemporary days. Our vision must become a vision of lift, influence, and power that creates a front channel for our voices, shifting us out of the backchannel.  We need our best educational technologists, our courageous leaders, our creative geniuses to create the front channel we must become. It’s our job, and our time, to increase the inspiration ratio in every community in this nation." - Pam Moran

Padraig Pearse and his compatriots were shot to death for their efforts. I'm not asking for that - just for a bit of time, a bit of discomfort, a bit of effort.

This is something we must do.

I am so surprised that I am the first to comment. This is exactly what is needed to begin turning around the decline of education in this country.

The real success of the Irish War of Independence was where they established a Irish nationalist government in tandem with British administration. They were successful by ignoring the existing civil administration and setting up their own. They set up own postal system, law courts, civil service and law and order.

Speaking of "The Wind that Shakes the Barley" - a grand film on so many levels and one which does indeed describe the struggle to create that Nationalist government, there was something I ended up editing out of this post because of length and a desire for focus of some sort.

A vital part of Irish anti-colonialism was what is called "Romantic Nationalism." Across the 19th Century the Irish reclaimed their language, their stories, even their athletics, reconstructing a national identity which was essential to their success as a nation. To me this has an important story to tell schools. We should not - in our imperialist education systems - rob students of their language, their stories, their interests, their identities. This robs them of who they are, and of the passions which might drive their learning process.

As someone who has been criticized in a US PhD program for "writing like a European," I know this first hand, but at every level it is vital to remember that it should be our goal to empower student learning, not to convert students to be as much like the teacher as possible.

And, in my telling of this, I point to the opening scenes of "The Wind that Shakes the Barley" where I young man is murdered for speaking his own language.