The Keyboard, The Toolbelt, The Future 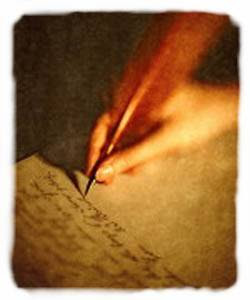 Keyboarding. Should it be taught in schools? From what age? How?

This is a common debate, and one which recently exploded on a favourite list-serve. It has actually been quite a week for list-serve debates: Keyboarding among British technology and education researchers, and literacy software on two different US government-sponsored list-serves (that's another post, at least equally important, coming soon).

These kind of debates, I have found, are often not really about "education," and - if we were really to look below the surface - the stories of student success or failure which around which the posts are typically built - we would find that they are not really about "the students" either. What they are really about is a struggle over a philosophical vision of the world, and the future.

Is the world essentially "right" right now? The design correct but the implementation flawed? If you believe that then you are out seeking "best practices," the silver bullet solution to the problem. You want technology in service of doing things "the old way, but better."

In this case, you are trying to determine the optimum moment to begin instruction in the QWERTY keyboard, or debating whether it is important for students to learn that keyboard without looking at it or with, or figuring out which is the best typing trainer software. You know, as many commenters on that list said, that 'the QWERTY keyboard isn't going away anytime soon.' That 'all other systems are less efficient.' That 'failing to teach the QWERTY keyboard will leave students helpless.'

But if you believe that the world really isn't perfected in design yet, you might wonder why anyone is still committed to a bizarre text-input system designed to slow 'typists' on first generation manual typewriters, so that mechanical keys would not jam. More than that, you might say, "is this really the best way to record text?" Or, if you're a crazy post-modernist like myself, you might even ask, "should we ever really try to determine a best way to record text? Because, you know, we're dealing with humans here, and human capabilities and preferences tend to vary widely."

With that, I wanted to share a couple of parts of the conversation: Not from those arguing 'the other side' - that's violating list-serve confidences, but from Graham Brown-Martin of Handheld Learning and myself. 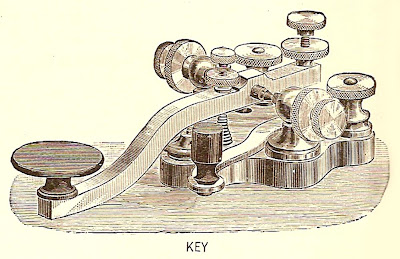 Ira Socol: Sorry, but I really cannot see that the value of [teaching] 'touch typing' is worth the effort.

Touch typing was developed as a secretarial skill, the purpose being the copying of words from handwritten documents or forms, or from shorthand. This the need to `not look' at the keyboard.

We really shouldn't be in the business of training our students for this mid 20th century business task.

This differs from the need to help students develop a suite of effective text entry skills, from speech recognition dictation to mobile keyboarding to choosing the best computer keyboard or keypad, whether qwerty, dvorak, ABC, or phone style, etc.

In fact, in today's world of varied keyboards, differing even nation to nation, teaching touch typing may actually be destructive. Just watch touch typist Americans struggling with a British keyboard, much less a French one.

Just what I observe, of course.

Ira Socol: [responding to the assertion that students must learn QWERTY to wite their exams] This is always the problem in education - we create testing which insists on a skill set - which makes that skill set then essential. And we them mistake this for some sort of "natural order."

You can bemoan the inequality of some having computers at home and others not. But do households have more computers or more mobiles? And if there are more mobiles, then might we not eliminate the inequalities you describe by insisting on that as the school text-entry method (simply set up Dkey or Tapir free on your computers)?

In other words, if we can not offer choice, should we not shift to the most ubiquitous text-entry system, which today, from teen texters to the US president, is a mobile keypad?

It is not that I am insensitive to your position as a teacher trapped within an antiquated system of technologies. I am. But as researchers I believe we have an obligation to pursue truly meaningful change, and not be content with minor fixes which simply improve student compliance.

Ira Socol: I want to urge people not to get caught in a false "either/or" debate regarding keyboarding. 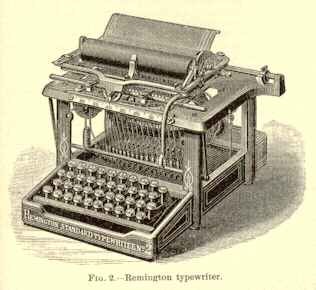 It is not a question - at this point in technological history - of "touch typing" vs. "no ability to quickly capture thoughts or communicate." Rather, the question is, "how do we best prepare students, based on their individual abilities and preferences, to bring their thoughts to recorded forms that others can access."

For the best jobs of today - and probably all the jobs of tomorrow - this diversity of text-entry is the norm. None of these systems were designed - or are marketed - as SEN solutions - every one was developed as a business solution.

In addition, I can keyboard on a traditional QWERTY keyboard, or on an ABC keyboard or on a Dvorak Keyboard, or even on a Cre8txt keypad - - or, for that matter, on an on-screen keyboard (such as the free Click-n-Type, or keypad styles such as Dkey and Tapir) or a fully custom designed keyboard ("blank" programmable keyboards are available).

As in everything else in education it becomes far too easy to seek a 'single solution' that we will 'apply' to all students - the industrial model of schooling we have lived with since Disraeli lived at 10 Downing Street. And in that mode of thinking, failure to "process" a child properly (teaching them touch-typing on a standard QWERTY keyboard, in this case) means that we have failed to properly transform that child and prepare them for the next processing step (be it creative writing lessons or taking the next test on the computer).

But if we are to prepare our students for the world they will live in (not the world we and our friends grew up in), we must teach them to be flexible and to find their own personal solutions that will carry them through their own lives.

Graham Brown-Martin: "Disabling the young and old" to "giving people an inequitable start in life" by not giving adequate training in the use of the QWERTY keyboard. I've read the variety of posts in this thread about the merits of teaching touch typing with a growing sense of incredulity by the many users of a research list who are still prepared to believe that we will still be interacting with computers in a 2D space with a mouse and keyboard in the next 5-10 years.

Or will this just be for the poor people whom have been designated underpowered, under-spec'd netbooks that run a flat version of the internet whilst everybody else is running the 3D thinking, speaking, listening, multi-touch and gesture recognising version?

How's that for inequity?

Well, let's bring back shorthand and dust off the Remington's shall we?

While we're about it let's teach them Cobol, Pascal, punched cards, Desktop GUI's, command line computer interfaces and "Office" software you know, like "Word" and "Powerpoint"

Let's forget about the 21st Century world in which these people are actually living in and will need to compete.

Perhaps another way of looking at this is how we're disabling teachers by not bringing them up to speed on getting in touch with how young learners actually use the technology that is embedded in their everyday lives. Perhaps teachers should be learning about building levels in Little Big Planet to teach maths and physics, guiding an evolution sim on Spore to teach evolutionary biology, editing, encoding and uploading a video to YouTube for creative media studies, creating their Facebook page and actioning their privacy settings correctly to teach citizenship.

The first "keyboard (s)" that a child uses will be a TV remote, a phone or a game console pad - the latter with incredible speed and dexterity. Many teenagers are able to send SMS messages in the dark or whilst watching TV / holding a conversation - how's that for touch-typing?

The days of the keyboard and mouse are thankfully drawing to an end, even Microsoft with their Windows 7 are recognising this. Hopefully the traditional PC/laptop will head the same way as the Remingtons and for the young learners of today will seem as quaint as a picture of a typewriter on a desk might look to us.

I won't miss them. I type at around 50 WPM and I could never type as fast as I think or speak regardless of how much training I might get. It's a low bandwidth input technology, a legacy from the typesetter, with too many possibilities for error.

I learned the keyboard while in high school. Many, many years later, I still use the skill - almost daily.

Your ability to learn a keyboard may differ from that of your students. And surely, your students will live, work, and communicate in a different era, with different technologies than you have and do.

When we teach specific technologies, rather than the how to learn and how to choose technologies, we are always leaving our students in the past. I cannot imagine the millions of hours spent during the 1990s instructing people in the arcane controls of WordPerfect, as an example. I remember seeing multiple choice tests (in college!) designed around the specific short-cut keys in that software. How's that working out for those students?

As I said on twitter this morning, this debate rather exhausts me. However, I'll throw in my 2 cents as a former business education (keyboarding) teacher. Really simple: some kids love it, some kids hate it, some kids are good at it, some kids are horrible at it. As the keyboarding teacher for 11 schools last year, I can attest to the fact that it's pretty boring to teach. As a parent, I do plan to have my children work on their technology skills at home, but I will surely be making sure that the skills they're working on are relevant to the time and technology being used. Who knows, maybe they'll be practicing on my blackberry, but more likely, they'll be practicing on devices not even invented yet (my kiddos are only 2 and 3 right now)! I'm open to anything, but I do know this - forcing children to practice keyboarding skills does NOT mean they'll be good QWERTY typists.

As I'm now working in special education, I am a firm believer in choosing the right tool in the hands of each of my students. Those who can't write well with a pen/pencil may do well with doing longer assignments on a keyboard if that works better for them. However, it's not a one-size-fits-all situation, is it? This applies to ALL subjects and keyboarding just happens to take the brunt of the argument sometimes.

Ok, I'm stopping now :-) All of my theories and rantings about the topic really require a sit down discussion, preferably over a good drink!

"[M]ore likely, they'll be practicing on devices not even invented yet." And i suspect that those devices yet to be invented will offer more choices of 'technique' than have ever been offered to one generation of humans. That's pretty exciting.