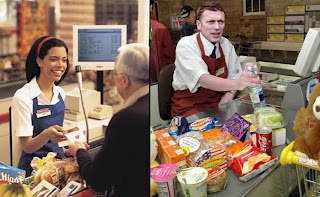 I don't think I could use a standard keyboard anymore. I use the Microsoft Natural Ergonomic keyboard. I have it positioned to support my wrists. I've never seen a keyboard like this in an office.