Social Justice and Me

On Saturday I got tested.

I didn't want to do this, but the last reports that I have "documenting my disability" are over ten years old, and in the American social justice system, you need to prove you're "still a retard" far more often than that. After all, you might have "gotten smarter" in the intervening time. Not just me, of course, Americans want to re-certify blind people every few years ("haven't been to Lourdes lately, have you?") and those who cannot walk or those who have had a limb amputated. In the United States being humiliated once is never good enough, you need to do it periodically, to prove consistently your distance from normal, and then, if you fight hard enough, you'll be eligible for some basic human rights.

This is one of those things which proves America's commitment to equality. 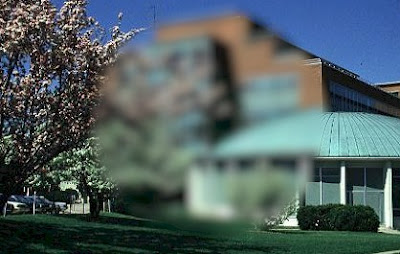 I didn't want to do this, as I said, but a friend convinced me that I should at least, "have this report available." I'm in a battle with the university I attend regarding accommodations. This would be laughable considering I'm attempting to get degree with "Special Education" in the title, if it were not true: If a professor who wears eyeglasses without any special doctor's note or any university approval, weren't telling me that access to a text-to-speech system was only available if I could prove current disability, and prove it to the right people, and then explain why I needed that specific accommodation, and then had that accommodation approved.

So I spent about 3-1/2 hours Saturday working through what I used to call the "You're still a retard test." I guess I still call it that. For those unfamiliar with these tests, or who may have forgotten, this battery of tests are all "tests to failure." That is, they always keep you trying something until you can't do it, and can't do it repeatedly. So it's fairly impossible to feel good at the end of this process no matter who you are, or what you accomplish. Although this time, this time I ran right through the whole box of putting the picture story in the right order on the IQ test (in order to prove a "learning disability" you have to prove that you are not just "cognitively impaired," after all). I got them all right. "I do love picture stories," I told my girlfriend later as I drank it off at the nearest pub. A minor victory. 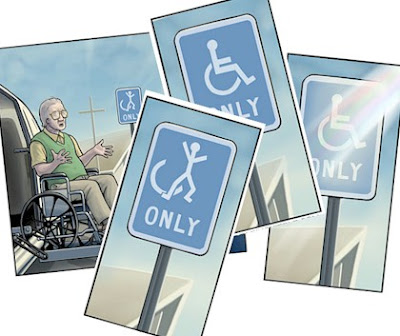 Of course about 25 minutes of that 3-1/2 hours was spent huddled over my "spelling test" with the assessor, trying to determine what, if any, words I had spelled correctly. "What's this letter?" he kept asking. I'd have to think about it, try to remember what I had written. In the end I think he decided that my spelling was superior to that of at least 3% of the population in my age group. Another vast period was spent battling with reading assessments. Which, yes, I got through, and, yes, I think I gave appropriate responses to most of. It's just that it took me some absurd length of time to read two pages of text, and left me sweating and shaking.

"I can read." I've said that lots of times. "It's just slow and hard." Does that mean, I wish to ask this professor, that I get the solution I need? or not? After all, what if I could prove that he could see his office door from his desk without glasses? Would that mean he wouldn't be allowed to wear them?

"And," I said Saturday evening to my girlfriend, "I can spell." And I can. "Just not handwriting it, then I get all confused." But then I've come to depend on the wonders of spellcheck and especially the amazing word prediction of iTap on my mobile keyboard, because that allows me to concentrate on writing, just as the be-spectacled professor relies on his optometrist's art so he is not struggling every minute to turn a blur into something recognizable.

But I don't make the rules. He does. The US was not founded by dyslexics, but lots of those founding fathers wore eyeglasses. So eyeglasses are normal. Eyeglasses aren't technology. But what I need are "special accommodations." What I need is "technology."

What I do with these test results remains an open question. I truly have to doubt the value of a "Special Education" degree from a university that thinks the way this university does, and, as I said in my Retard Theory post, sometimes open rebellion is the more important act.

But either way, it is crucial to consider what my little battle is about. It is especially crucial because of the way some have objected to my posts on Not Getting to Universal Design and Retard Theory. People write to me and say, "It is just ignorance," or "it is just incompetence," or "teachers just don't have the time to learn," or even "you'd be in worse shape in some other countries." They cannot conceive that what is happening is intentional.

Of course those who can not bring themselves to see it this way have generally been handicapped (yes! got the word in!) by an American education or an Asian education system copied from the American "Empire." In the American education system no one, not even really at university, learns anything about power. Americans are not supposed to think about power, or to discuss it. Power - in American myth - flows naturally to those who deserve it. If you are powerless it is because you deserve to be powerless. Bring up Marx or Gramsci and you'll probably be burned at the stake.

But I will argue that this is all about power and the maintenance of power. Every single time a method becomes more important than an accomplishment in education it is a battle for hegemony. Insisting that I read ink-on-paper rather than in the way I'm comfortable with, or even making it extremely difficult to read 'my way' (or requiring that I be labelled 'pathological' in order to read 'my way') is exactly the same as the Brits requiring Indians and Irish to speak English (or Americans doing the same to the Navajo and Sioux), and it is done for exactly the same reasons - to demonstrate power, to prove the superiority of one group over another, to control, to preserve the privilege of a self-appointed elite.

And if you argue that you are "preserving standards" or "enforcing norms" or "ensuring equality" or even that you are "simply trying to help me learn the right way," you are, "taking up the white man's burden," as Kipling put it. You are doing nothing more than clinging to your own power in your own world of comfort.

"Take up the White Man's burden--
Send forth the best ye breed--
Go bind your sons to exile
To serve your captives' need;
To wait in heavy harness,
On fluttered folk and wild--
Your new-caught, sullen peoples,
Half-devil and half-child."
Americans, of course, have no idea that this was written about the United States' brutal colonial war against the Philippines, just as they have little understanding that their special education programs, their KIPP academies, their Teach for America programs, etc. all come out of the same spirit - "If we could only make you just like us, you'd be just fine."

But of course we know the subtext, from Kipling to KIPP, "You'll never really be quite like us, poor chap, but just keep trying. That'll keep you busy, and you won't be likely to rebel."

There are some fascinating conversations going on "out here" regarding these issues right now:

You'll want to read Ms. Mercer's Blog and What Do They Need? Part II and Part III.
and Paul Hamilton on Toolbelt Theory.
and Schooling Inequality on normal. and Schmozzle on normal.

"But I will argue that this is all about power and the maintenance of power."

Ira, you are amazing. But you are a rare soul. There are not many cut out of your mold. You have faced your dragons - now go and be all you can be and know that you have been a catalyst to "provoke and cajole" others to action. I appreciate you brother!
Lon

People don't get it! We need a machine that you can step inside and experience with world from a different vantage point! Dial up dyslexia, or ADHD, or expressive language delays, or auditory processing differences... Part of everyone's basic "education" needs to be learning about how we are all wired differently. There is no normal!

Perhaps folks that feel "smart" in a system, need others not to feel "smart" --it may be as simple as humans needing to feel superior to somebody else. Which then translates into limiting access (through stupidity?) to "educational opportunities."

How much more fun if we can all play the game in all different ways? Threatening only if you make a system based on failure--true learning is trying something different when things don't work out!

I think we're all missing out when we lose our curiosity to learn--including learning about how we learn. Intelligences can be developed! The whole IQ thing is a myth that needs to be reexamined!

What do you think of Carlos Mencia?