Walter Cronkite and "the way it [was]"

And what does that say about the way in which we understand history?

Don't get me wrong. I think anyone would recall Cronkite as a fabulous journalist, one of the greatest ever. The man covered the great moments of history from the London Blitz through the tumultuous end of the 1970s. And he did it magnificently. But was he the most watched newsman in America?

Only after he waited for the most watched newsmen in America to retire.

Anyone remember Chet Huntley and David Brinkley this weekend?


NBC's Huntley-Brinkley report competed with Cronkite's CBS Evening News for eight years - a period covering the assassinations of John F. Kennedy, Martin Luther King, and Robert Kennedy, the riots convulsing America's cities and campuses, the Vietnam War, the 1968 Democratic Convention, and the moon landing. More Americans watched Cronkite than Huntley-Brinkley for one of those events - the moon landing. NBC won the ratings war for more than six of those eight years. 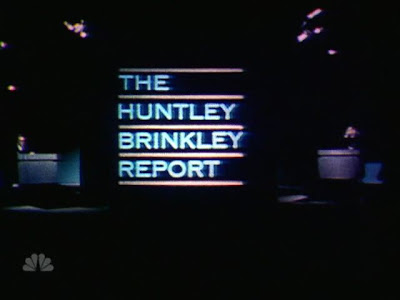 None of this is to take anything away from Cronkite or his memory. But it is to say that "history" is usually a construction of the present, not a window on the past. Whether Cronkite was the most trusted man in America on that awful day in November 1963 is arguable, but we know more in the nation turned to NBC News that day. The best seller lists of the 1920s were not dominated by Scott Fitzgerald, John Dos Passos, or Ernest Hemingway. Lincoln couldn't get 40% of the vote in 1860. The U.S. did not really practice "precision bombing" during World War II.

History is recalled as we wish it had been.

Of course there is no excuse for this kind of history anymore. If your students all had computers or netbooks or smartphones in their hands, every one might look up a different facet of a historical event, might even translate foreign language sources, might watch YouTube or visit museums around the globe, and might share all this via Google Doc or VoiceThread or Wiki, and the community cognition resulting would be something to see.

We might even get away from myth a bit, and toward a reality which really explains things (why were Huntley and Brinkley more popular? what does that suggest about viewing habits?).

So you can surely watch this... and you should

But your students should also be listening to wechoosethemoon with the full, real-time, minute-by-minute record of Apollo 11 communications - because - that's the way it really was.